Eagles Flyers Phillies Sixers About Us Write For Us
Phillies' Roy Halladay Gets Second Opinion On Injury, Will Hold Press Conference Friday
Carlos Ruiz Returns from the Dead to Homer for Phillies, Take Down Mets

Jamie Moyer Designated for Assignment By Colorado Rockies; Is That it for Jamie? 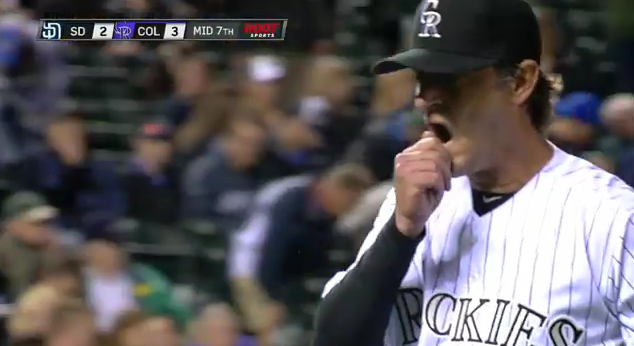 Fan favorite Jamie Moyer was designated for assignment by the Colorado Rockies this afternoon.   Moyer came all the way back from Tommy John surgery to win a game at age 49, but Moyer won just one more after that for the Rockies.  All in all Moyer was 2-5 with a 5.70 ERA.

If Moyer did not quit after needing Tommy John surgery knowing full-well he could not pitch again until after his 49th birthday, could he pitch again?

I would not be shocked if Moyer kept trying to pitch.  The problem will be finding someone to pick him up.  If Moyer was willing to take a minor-league assignment to prove his value first, maybe someone would give him a shot.  Might they?

Check out some of the players with a higher ERA than Moyer's 5.70:

John Danks is tied at 5.70.   Teams probably assume those players will rebound; Moyer may not get the opportunity as they do because of their age.

It would be nice to see the Seattle Mariners to give him a shot for a return to the team he rejuvenated his career with, or for the Phillies to give Moyer a shot to help fill some holes the Phillies have.  They sure look like they could use help.