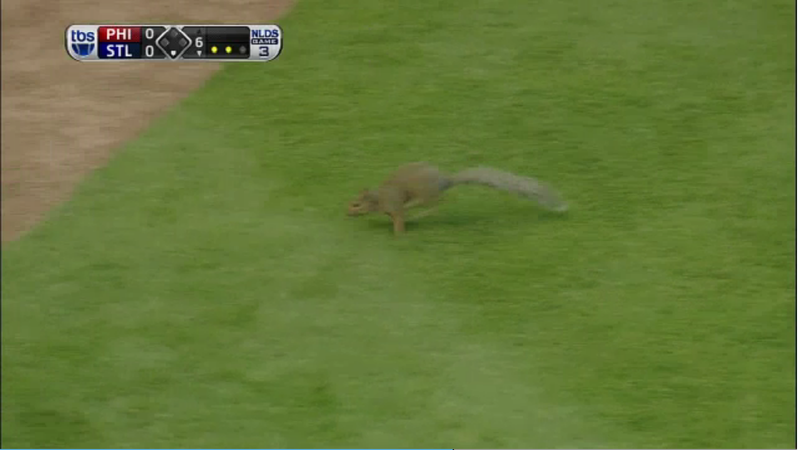 Well, this brings lots of bad memories.  Ryan Howard on the ground, Jason Motte appearing out of nowhere and actually pitching well, David Freese being uninjured just long enough to do some damage.

But, it's 2012, the Cardinals are without Carpenter, Pujols, Berkman and La Russa, and the Phillies are without Howard, Utley, Oswalt, Madson, Ibanez.  The two teams barely resemble each other.

Joe Blanton just pitched a clunker.  Jake Westbrook just pitched a quality start.  In some ways, the two pitchers aren't that different, historically, so it's a total tossup who this game could go to.

This Cardinals team has been hot in the early going, but just lost their first baseman Lance Berkman for the season while Allen Craig is still out injured.

In the Cardinals.com preview, Juan Pierre did make one thing clear: it's not early.

"We're two months deep now. You can't say 'It's early, it's early, it's early.  It's time to start playing better ball. It's a big road trip for us. St. Louis, defending champions — I know they've got history from last year — and going to New York. So we just try to take it one game at a time, as cliche as that sounds. But it's definitely time to start playing better ball."

Lefty Pierre is not in the lineup against lefty Westbrook.

Jimmy Rollins returns to the starting lineup after paternity leave and Carlos Ruiz is back hitting cleanup again, despite getting bruised up in yesterday's game.