Joe Savery Headed Back to the Phillies; Disabled List for Vance Worley 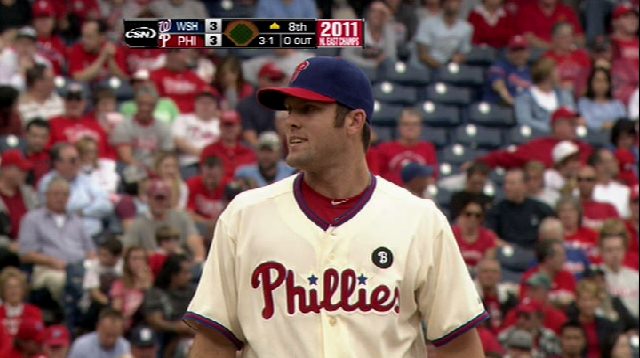 UPDATE: According to @ToddZolecki, Vance Worley has been officially placed on the disabled list.  Kyle Kendrick will take Worley's place in the starting rotation.

Just optioned on Friday, Joe Savery is headed back up to the majors, according to Iron Pigs beat reporter Michael LoRe:

Left-handed reliever Joe Savery was called up to the Phillies. A corresponding move is still to be announced at both levels.

"He was throwing good for us in the short stint he was here," Sandberg said.

Savery, who was optioned back to the IronPigs on Friday, earned the save in Game 2 of Monday's doubleheader at Louisville.

If Savery is headed back up, the rules only allow his recall  within fifteen days should their be an injury, so it is not likely that someone is designated for assignment or released.

Does this mean that Vance Worley is headed to the disabled list?  He did not travel with the team to Chicago and will miss his start tomorrow, so maybe they plan on disabling him as a precaution.