Lee and Beckett In Testy Rubber Match For Series Finale 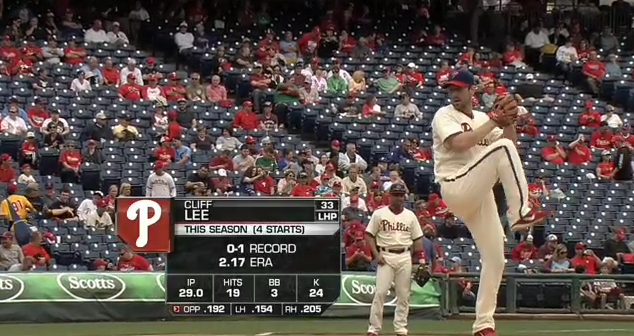 The Phils' winning streak came to a hault last night, but that doesn't mean they can't get back on the horse and keep winning. With the series split at one-a-piece, the Phillies are aiming to take the series over the Red Sox, and they're sending out Cliff Lee (0-1, 1.95 ERA).

Lee is making his third start back from the DL and his sixth start overall today. Lee has not won a game all year. Why? Well the Phillies scored a combined three runs in his first three starts and the bullpen blew leads in his last two. Don't let his record fool you, his ERA is one of the best in the league, allowing 8 earned runs in 37 innings. In Lee's last start, against Houston, he tossed 8 magnificent innings of one-run ball. He allowed five hits, walked one and struck out a season-high 10 Astros.

Sounds like a winning pitcher's line right? Well not in this case. After Lee left after the 8th with a 3-1 lead, our good buddy Chad Qualls surrendered two runs on four hits – blowing the save and costing Lee another win. Thankfully the Phils went on to win with a Hunter Pence walk off home run, but if you watched on TV you could tell that Cliff wasn't that happy. I wouldn't be either. Hopefully the offense can pull it together and the bullpen can keep it closed if it reaches that situation. In 73 1/3 career innings, Lee is 3-4 with a 3.56 ERA against the Red Sox. 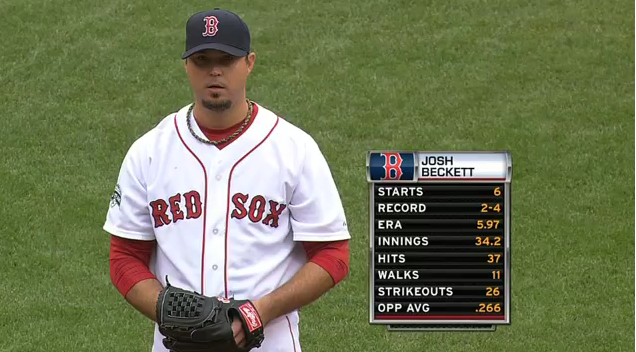 The Red Sox have tasked Josh Beckett (3-4, 4.97 ERA) with taking the series away from the Phillies today. Although Beckett started the season off very rocky (23 earned runs in 34 2/3 innings), he fired his best start of the year in his last outing. Beckett fired seven shutout innings against Seattle last Tuesday, allowing only four hits while walking two and striking out 9 Mariners. Beckett hasn't been his old self this season and as he steps into Citizens Bank Park, he'll look to retain his dominance against the Phillies. In over 107 innings against the Phils, Beckett has an 8-5 record with a 4.18 ERA (Don't forget that Beckett was a Florida Marlin for four years).

The Phils offense seemed to be out of line yesterday. Sure they scored five runs on 15 hits, but they still failed to hit with runners in scoring position. All in all last night the Phils stranded 23 men on base. Carlos Ruiz and Hunter Pence left 6 and 5 men on, respectively. It could have been a tight game, or even a winnable game had Charlie Manuel taken Blanton out in the fifth. What's done is done. Let's go get 'em today, boys.