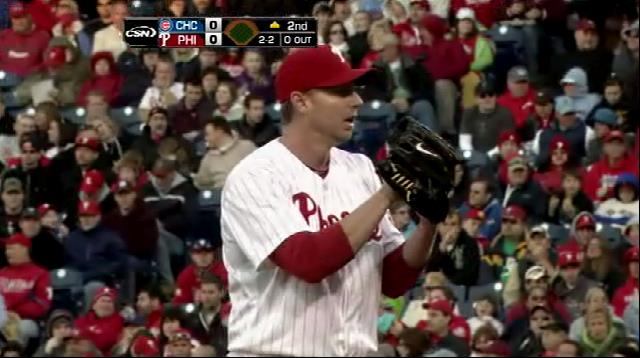 After using 25,732 different lineups, Charlie Manuel will actually use the SAME ONE two days in a row as the Phillies face the San Diego Padres for the second game of a three-game series.

Roy Halladay is on the mound for the Phillies, who have lost his last four starts.  Hopefully some sembance of order in the lineup will help back him.   Halladay got losses in two of those games, both quality starts, while the Phillies bailed Halladay out when he gave up 8 earned runs on May 2, only to lose the game in the latter innings.

The Padres turn to former PED user Edison Volquez, who is 1-2 with a 2.98 ERA.  Volquez is talented enough that he was once traded for home run machine Josh Hamilton almost straight-up, but can be either really good or really bad.

If you can believe it, here's the lineup I thank @RyanLawrence21 for:

Tonight's game is on Comcast Sportsnet at 7:05 p.m.