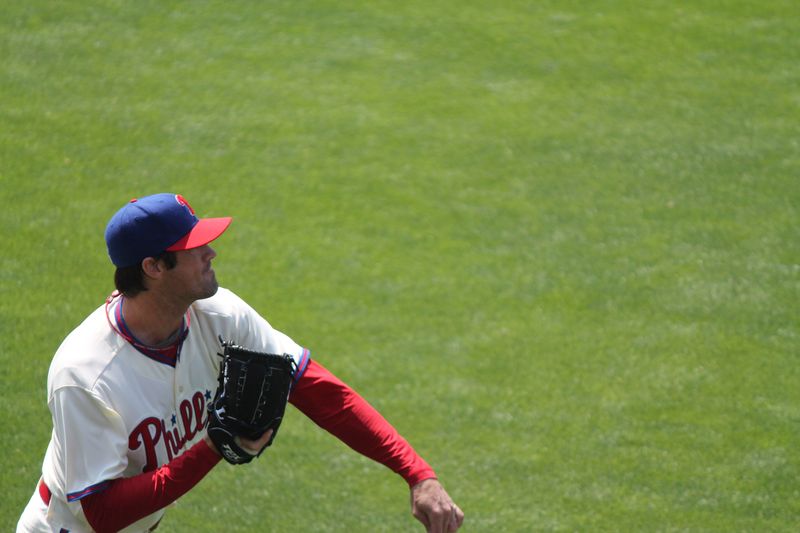 Cole Hamels and Brandon Beachy squared off tonight in Atlanta in the two teams' first meeting of the 2012 season. The Braves scratched Chipper Jones and Jason Heyward while the Phillies are still without Jim Thome (sore back).

The Phils were without a hit until the fourth inning when Placido Polanco, who has been on a hot tear of late, singled to right. With two outs, Hunter Pence doubled, followed by a two-run single from Ty Wigginton.

Catcher Brian McCann put the Braves on the board in the fifth inning with a solo home run, making it a 2-1 game.

Cole Hamels was really getting squeezed throughout the game, but the sixth inning would be his most unfortunate. After allowing a single and a walk, Matt Diaz singled to load the bases. Juan Francisco popped up a sacrifice fly, scoring Freeman from third, tying the game at two.

Hamels would only see six innings of work tonight after his pitch count reached 108 (66 strikes). His line: 6 H, 2 ER, 2 BB, 2 K. His line looks excellent, but as I recently stated in bold, he was getting squeezed.

For the first time all season, Antonio Bastardo pitched a perfect 1-2-3 inning. This might help his case as his pleads healthy and A-OK, because Charlie Manuel was beginning to question his health. So far this season, Tony has seen action in eight games, pitching 3.1 innings. He has allowed two earned runs on four hits, walking four and striking out five.

In the top of the eighth, Placido Polanco struck out swinging with Mayberry on third and one out. The ball was ruled a wild pitch, and Mayberry was able to score. We'll take runs in any way, shape, or form. 3-2 Phils. Later in the inning, Hunter Pence singled to right, scoring Jimmy Rollins.

Chad Qualls pitched a scoreless inning in the eighth followed by a 1-2-3 bottom of the ninth by Papelbon who picked up his ninth save. Phillies win, 4-2!

Phillies take game one in Atlanta, game two will be tomorrow at 7:10 with Roy Halladay on the mound.