Phillies in Wrigley for quick series with Cubs 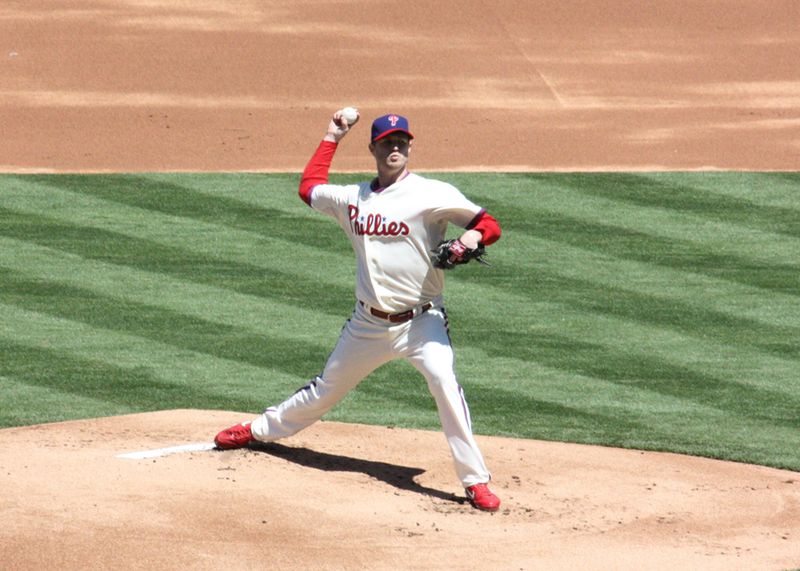 Kyle Kendrick, who lost to the Cubs on April 29, will make the start in the opener of the Phillies' two-game series with the Cubs. (Philliedelphia/Kevin Durso)

It's uncharted territory for the Phillies as they head to Chicago. The Phillies are on their first real winning streak of the season.

After beating the Astros in dramatic fashion yesterday afternoon, they carry their winning ways into Chicago, where they could be on the plus side of things by the end of the series.

It wasn't long ago that the Phillies faced these Cubs in a four-game series, splitting it two games apiece. Now, the teams switch venues for a quick two-game series.

The Cubs enter the series as one of the worst teams in the National League. They are 15-21, tied for last in the NL Central with the Astros. But leading the way on offense are two players who are starting to make names for themselves. The first is shortstop Starlin Castro, who leads the team with 21 RBIs and 12 stolen bases. The second is first baseman Bryan LaHair, who leads the team with a .358 average and nine home runs. He is also second in RBIs with 20.

Another name to watch is Tony Campana, who had an excellent series against the Phillies in April. He is second in batting average at .338 and stolen bases with nine. He is easily one to watch in the lineup as he gets on base a lot and makes things happen once he's on the basepaths.

In the opener, Kyle Kendrick (0-3, 7.32 ERA) goes against Matt Garza (2-1, 2.56 ERA) – Kendrick is unexpectedly making the start after Vance Worley was scratched with arm soreness. Kendrick's last start came against the Nationals on May 4 where he took a no-decision. He took the loss to the Cubs on April 29 where he allowed three runs (two earned) over six innings. In his career against the Cubs (three games, two starts), Kendrick is 0-1 with a 1.80 ERA.

Garza's last start came on Saturday where he took a no-decision allowing one run on three hits in five innings to the Brewers. Garza started against the Phillies on April 29, where he pitched seven shutout innings and allowed just one hit and one walk while striking out 10. In his career against the Phillies (four starts), Garza is 2-1 with a 0.96 ERA.

In the finale, Roy Halladay (3-3, 3.20 ERA) gets the start against Chris Volstad (0-5, 6.92 ERA) – Halladay suffered the loss in his last start, allowing two runs in seven innings to the Padres in the Phillies' eventual 2-1 loss. The Phillies have lost each of Halladay's last five starts since Halladay started the season 3-0. In his career against the Cubs (six starts), Halladay is 1-5 with a 3.75 ERA.

The Phillies could just as easily sweep this series if they remember the fundamentals. I even think Kyle Kendrick could pitch his way to a victory. The problem is going to be offense. I expect plenty of offense in the finale because the Phillies have had Volstad's number in the past.

The finale really is one of the safest bets. One of the best pitchers the Phillies could face against a pitcher in a winning drought (but not as bad as Cliff Lee) that has lost because of lack of run support. Roy Halladay could win his own ballgame in this one, but for once, I don't think he will have to.

The opener is the big concern to me because of the way the Phillies hit Garza last time they faced him. Or didn't hit him. The Phillies have not had the best success against Garza which is my main concern in the opener. If they can give Kendrick a lead to work with, I think the Phillies can take both games.

The Phillies return home after this series for a pair of three-game series against the Red Sox and Nationals.