When the Phillies drafted high-school standout Anthony Hewitt with the #24 overall pick in the 2008 draft, most scouts seemed to agree that Hewitt was a "high risk, high reward" choice. Unfortunately for the Phillies, it seems very unlikely that Anthony Hewitt will play in the friendly confines of Citizens Bank Park anytime soon. 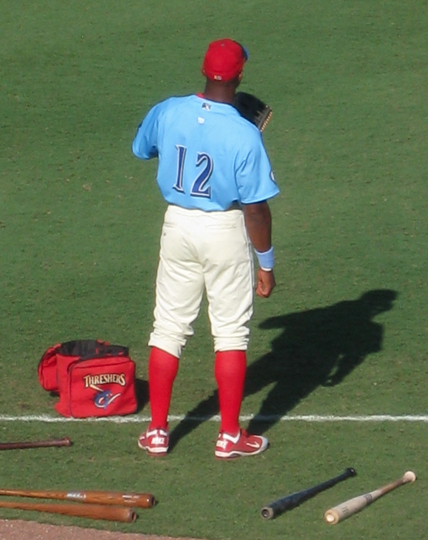 Although a shortstop for the championship-winning Salisbury School varsity squad in 2008, the Phillies hoped to transition Hewitt to third base after he was drafted. At the time, the Phillies infield was relatively stable with Rollins, Utley, and Howard. The only notable exception was third base – Pedro Feliz had only a year remaining on his contract, and would not be resigned because of his ailing back and declining bat speed. Hewitt, possessing plenty of raw talent, could seemingly pick up the position easily. Although Hewitt had the tools and work ethic, he struggled greatly after reporting to the Gulf Coast league in 2008, batting only .197 with a .848 fielding percentage at the hot corner.

Hewitt's struggles continued in 2009, as he posted a .223 average in low-A ball with an abysmal .827 fielding percentage. The Phillies ditched the third base experiment in 2010, allowing Hewitt to focus on his offensive game while playing primarily right field. Unfortunately for the Phillies, the switch didn't change much in terms of offensive production – Hewitt posted low batting averages and high strikeout totals over the course of two seasons with Lakewood.

Although Hewitt started 2012 on the DL, he is currently the Clearwater Threshers starting right fielder.  I traveled to Florida this past week on a family vacation, and decided to take in a Threshers game last Friday night. I was excited to see some of the Phillies young prospects, Anthony Hewitt being one of them. I recommend the trip for any Phillies fan traveling to Florida's Gulf Coast over the summer. Tickets right behind the plate sell for $9.50 a piece, with even cheaper prices for seats along the baselines. A Threshers game also provides an opportunity to tour the ballpark without a Spring-training-game sized crowd in a family-friendly environment.

On Friday May 18, 2012, the game I attended, Hewitt was batting sixth and manning right field. It was both exciting and disappointing to see the Phillies first round pick up-close. On one hand, the kid impressed many teams prior to the 2008 draft. When Hewitt makes contact, the ball is said to "jump" off his bat unlike many other players. On the other hand, Hewitt himself hoped to be in Philadelphia in "three to four years" after being drafted. Instead, four years later, he was batting sixth in a minor league game in front of 1,000 or so fans. In fact, its hard to even consider Hewitt a "prospect" anymore, and the reasons are obvious.

In his first at-bat, Hewitt weakly grounded out to second base. In his second, Hewitt showed some patience and drew a walk. While on first, a pitch awkwardly bounced into the glove of Jupiter catcher Aaron Dudley. Although the ball did have a chance to get away, Dudley stretched to his left and short-hopped the ball. Hewitt, instead of reading the play and reacting, decided to advance to second before the ball got away and was thrown out by 20 feet. The most telling at-bat of the night was his third. With men on first and second, no out and a 1-1 count, Jupiter threw two straight low-and-in sliders to Hewitt. Predictably, Hewitt chased both and failed to advace the runners. It was one of the ugly strikeouts where Hewitt displayed the "fails to recognize a breaking ball" note in every scouts' book on him. Although this was a one-game sample size, it was a microcosm of Hewitt's minor league career since being drafted. The talent is there, but it is very raw and unpolished. His batting average sits at a lowly .225 with the Threshers.

Hewitt recently turned 23 years old. Even though Hewitt is still relatively young, it seems highly unlikely Hewitt will ever produce in the major leagues or live up to the expectations of a first-round draft pick.

Clearwater did build a 5-1 lead in the game against Jupiter last Friday night. However, pitcher Juan Sosa struggled with his control and allowed five runs to cross the plate in the eighth, and Clearwater eventually lost 7-5. Typical of a minor league game, the two teams combined for seven errors. Had Clearwater's bullpen held onto the lead, southpaw Austin Wright would have moved to 6-0 on the year. Wright had a decent fastball with good movement through seven solid innings, and should be considered a decent low-level prospect for the Phils. The Threshers are currently sitting in second place in Florida State League North with a 23-21 record. 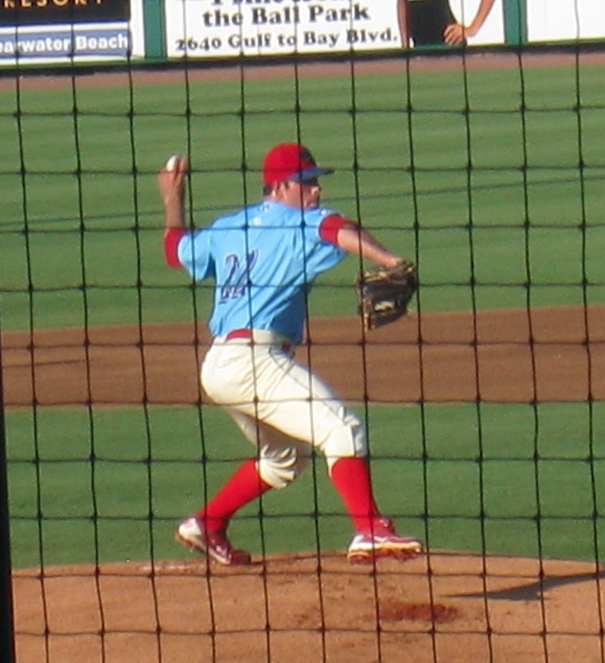