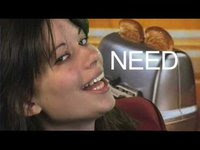 It's a familiar sound for regulars at Phillies games of the last few years- the pistachio girl coming into your section to sell you pistachios, with her distinctive call to attention for all potential buyers. Some call it funny. Some say it's annoying. Some love it. For me, it's a part of the games. I almost expect her to be there now.

So, Imagine the horror on Saturday when she came down the aisle in section 108 carrying….. frozen lemonades.  Aside from the fact that it doesn't sound the same as pistachios, it also means she's not pistachio girl anymore. This is a serious change to the games.

Pistachio girl explained to us that she is no longer selling pistachios because the vending company for them has broken off their deal with the Phillies. Yes, this means no one is walking around selling pistachios right now. The Phillies, apparently really valuing her service, decided to move her to selling the frozen lemonades. Is she now "Frozen Lemonade Girl?"

Check out some of Pistachio Girl's other work-
Topics
Uncategorized