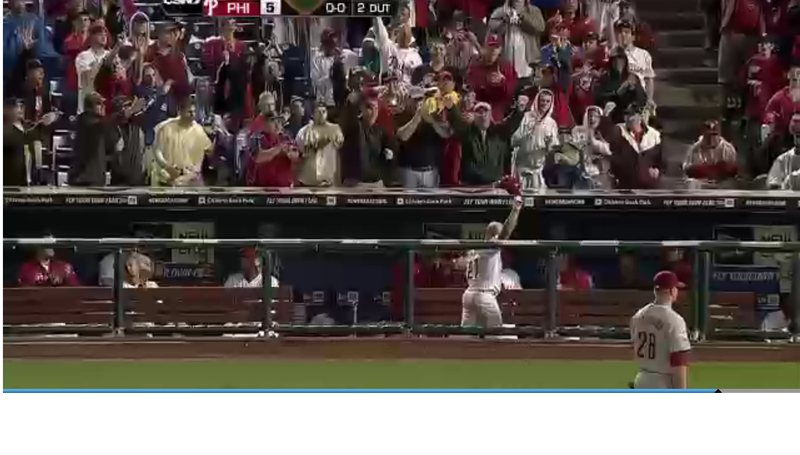 Joe Blanton and Lucas Harrell squared off in the first game of this two game series in Philadelphia, the last of this homestand. Rain was in the forecast, and lots of it! The game would become official before the Phillies' offense would back up Blanton with a handful of runs.

Carlos Ruiz was hit by a pitch to lead off the fifth, followed by a fielder's choice from Placido Polanco, and an infield single from John Mayberry. Freddy Galvis drove in Ruiz with a single. Jimmy Rollins was intentionally walked to get to Juan Pierre who grounded out.

In the bottom of the sixth, Shane Victorino led off the inning with a triple, his second of the season. Carlos Ruiz singled to score Shane, but was later out on another fielder's choice from Polly. Mayberry drilled a double off the wall in left field to follow. Freddy Galvis came through again with a single to score Polanco, and Mayberry was tagged out at home. 14 RBI now for Galvis.

In the top of the eighth, 22-year-old pinch-hitter Marwin Gonzalez took Joe Blanton deep for a solo home run, his first of the year. After allowing a single to Jose Altuve to follow, Charlie Manuel would bring in Antonio Bastardo. Joe's final line: 7 IP, 6 H, 1 ER, 1 BB, 7 K, 106 pitches (70 for strikes).

The bottom of the inning brought about the greatest moment of the 2012 Phillies season so far, in my opinion. With Carlos Ruiz on base, Placido Polanco sent a ball to the left field stands. It was his 2,000th career hit. Citizens Bank Park erupted with cheers for Polly, who came back out for his curtain call. Incredible moment.

Jonathan Papelbon closed it out in the ninth securing the 5-1 lead. Phils win! Cliff Lee tomorrow at 1:05.