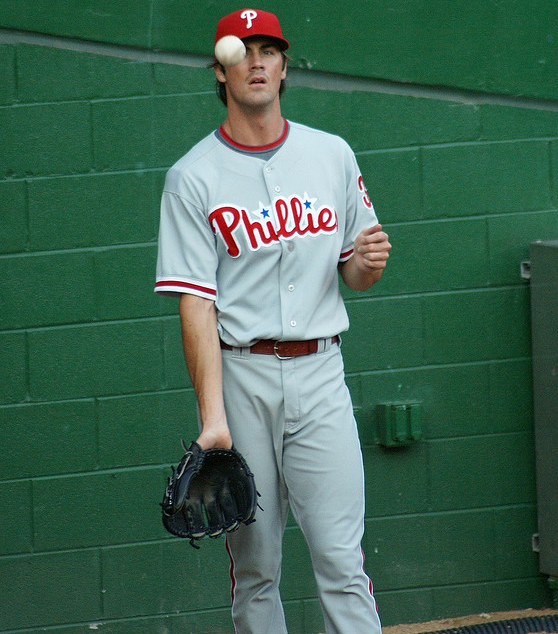 It's been well over a month since we've heard any talk about Cole Hamels and his contract situation. The 28-year old is in his final year as a Phillie and as of now he's showing what he's worth. According to NBC's Howard Eskin, Cole Hamels' agent John Boggs has told the Phillies that he's looking for a seven-year deal with the Phillies. A seven-year deal for one of the game's best pitchers isn't a bad idea now-a-days.

The Phillies signed Cliff Lee to a five-year, $120MM deal last year and Roy Halladay will be entering his last year of his contract next season. At the end of their contracts Lee will be 35 and Halladay 36, respectively. If Hamels were to sign a seven-year deal, he would be 35 when his contract is up.

Right now, Hamels is in his prime years and it's vital to either sign him long-term or trade him up for a couple bats.

In seven starts so far, Hamels has posted a 5-1 record with a 2.28 ERA along with a 5.45 K/BB ratio (49/9). Hamels finished fifth in the NL Cy Young voting last season and at the rate he is going now, he may be able to win the award. Only time will tell what the Phillies will do with Hamels.

Don't be surprised when you hear his name buzzing around the trading deadline.