After Drug Suspension, Jason Pridie Gets New Life With Phillies 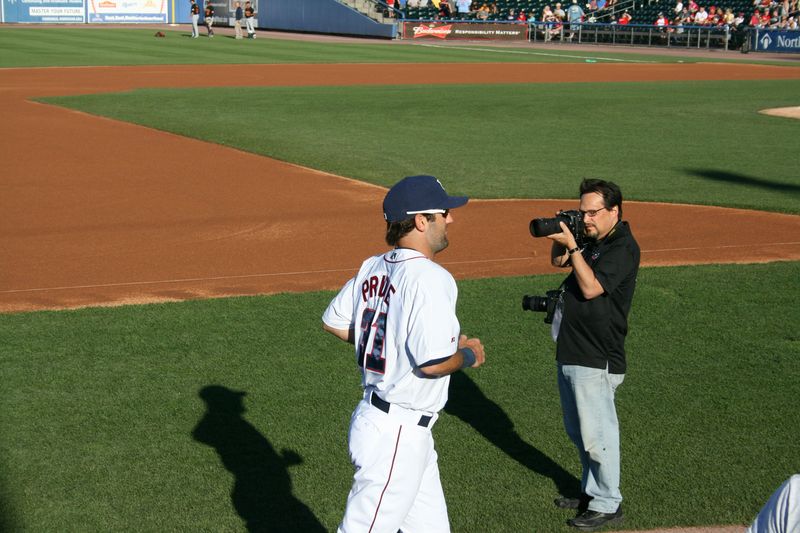 In a very under-the-radar move just over two weeks ago, the Phillies signed outfielder Jason Pridie to a minor-league contract.  Like many of you, I only vaguely knew of Pridie due to his time spent with the New York Mets last year.  The next we heard of Pridie (if we were even paying attention at all) he was being suspended 50 games for a drug violation while in camp with the Oakland Athletics.  Upon the completion of his suspension, Pridie asked for and received his release from the Athletics when also-suspended Manny Ramirez was taking the roster spot he would otherwise occupy.  The Phillies gave him a chance just over two weeks ago.

Just on Thursday, Marcus Hayes of the Daily News wrote about the clean start Pridie was getting with the Phillies.  Pridie reflected to him just how grateful he was for another chance, after being suspended for a "drug of abuse":

"I realize how quickly things can be taken away, for dumb things. How quickly I went from being in the big leagues, and possibly being in Oakland, to missing 50 games and looking for a job.  I have a wife. I have a kid coming. I just feel like I'm living with more meaning. With what happened, I very easily could be looking for a different job right now, with a wife and a kid on the way. But, fortunately, I'm still playing the game I'm blessed to play."

Two weeks ago, perhaps not even Pridie saw an opportunity to come to the major leagues this fast.  The Jim Thome trade left the Phillies needing to add a lefty bat to the roster and looking at AAA, Pridie was the one.  The attitude and gratitude he expressed above may have contributed to his hot start for the Iron Pigs: in just 12 games, Pridie has six doubles, two triples, one home run, and 12 RBI to go along with a .370 batting average.

Pridie spent a good amount of time with the 2011 Mets, appearing in 101 games.   In just 208 at bats, Pridie contributed a good amount of extra base hits with 11 doubles, three triples and four home runs.  However, he hit just .125 in 24 at bats as a pinch hitter.

It remains to be seen how much playing time he will get in an outfield that includes Juan Pierre, Shane Victorino, and Hunter Pence.  In his career Pridie has been primarily a center fielder.  But, as the Phillies slip further and further out of playoff contention, any of those three conceivably could be dealt.

When I took the above picture of Jason Pridie, I did so thinking maybe sometime down the line I might get to use it for a piece.  I did not expect it so soon.  Pridie stormed into Lehigh Valley with a new attitude and immediately started putting up results.  I am looking forward to seeing what he can do with the big club.

I wish him well! He deserves an opportunity to prove that he made some mistakes, and learned his lesson. Besides, he looks like a player with a lot of potential! I don't know much about him, but if he was a Center Fielder he is probably (1) a very good fielder, and (2) fast. He has shown some promise with his batting. I hated to see Jim Thome go, but I think it will be better for him, and will definitely help the Phillies, since Jim could not play first base as originally visualized. It is not too late for the Phillies, with the extra wild card this year. Go Phillies!

Ray - I agree with you completely. I like to see people get second chances and make good on them.

Hello webxebelak,
the complementary to help after that by which which wi spend prosrwnnsrl
good xebelak!!