Chase Utley Could be Back in the Phillies Lineup on Wednesday 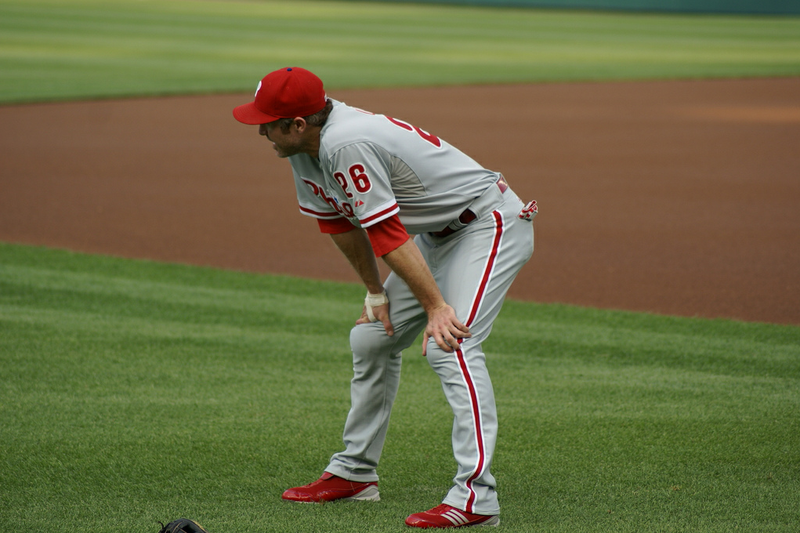 Chase Utley continues to gear up for a return to the Phillies,  giving his clearest indication Saturday night that his rehab assignment may be coming to an end sooner than later.

According to Jim Salisbury and his CSNPhilly source, The Phillies hope to have Chase Utley in the lineup by Wednesday, which will be a home game against the Pittsburgh Pirates.

Chase Utley played nine innings last night and eight inning once again tonight at second base for Single A Clearwater. This is a huge milestone for Utley since he hasn't played back to back games at second base since October. And playing back-to-back days was more important than Utleys' hitting numbers.

He played nine games for the Phillies’ Clearwater club and was 5 for 32 (.156) with a homer and five RBIs and a stolen base.

Utley is now expected to travel to Philadelphia for the final stage of his rehab assignment. That is likely to include his playing in one more minor-league game, probably Tuesday at Triple A Lehigh Valley, before being activated for Wednesday’s game against Pittsburgh, barring no setbacks.