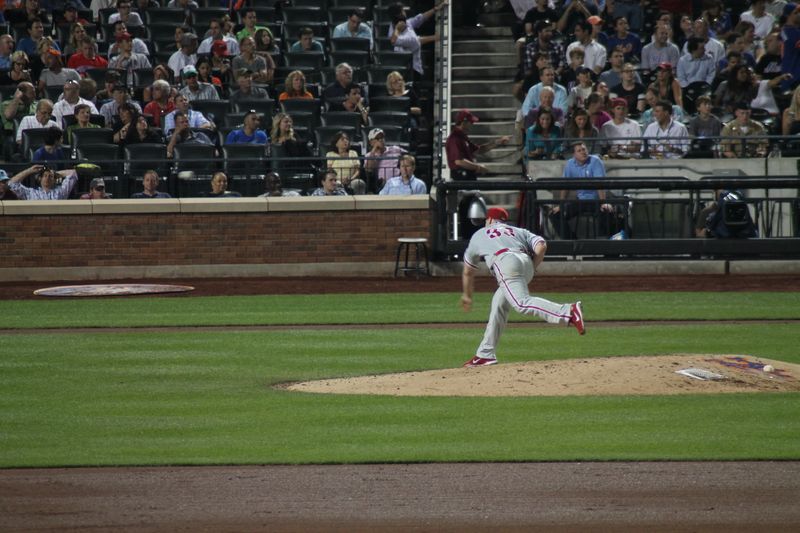 Cliff Lee in June, 2011: 5-0, 0.21 ERA.  Lee's month of June last year was quite frankly the greatest month I've ever seen a pitcher have. I'm sure Cliff Lee was tired of losing or getting a no-decision, so he pitched like his dominant self tonight. However, the offense would continue to fail him.

Hunter Pence has been struggling with RISP this year, no doubt about that. As of late, Pence hasn't been coming up big to score multiple runs. He would send Jimmy Rollins home in the bottom of the first with a single, putting the Phils on the board with his 35th RBI of the season.

Cliff Lee's only trouble he faced in the game occurred in the eighth inning. With two men on, Elian Herrara took Cliff Lee's 122nd pitch for a two-run double to the left field wall. 2-1 Dodgers. Three runs would have scored, but Tony Gwynn was tagged out at third by Hunter Pence before Herrera's at-bat.

And, of course, he wouldn't get the win. The Phils had one man on in the ninth, but couldn't send him home to tie or win the game.

The Phillies are now 28-29 on the season and  have dropped their fourth straight game in as many days. Game three tomorrow with Kyle Kendrick on the mound.