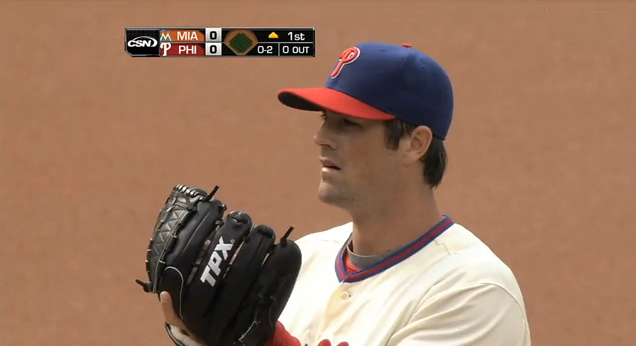 This series between the Phillies and Rockies is going to show us either of these things:

1. The Phillies are going to be able to beat the Rockies two games to one or even better.

2. The Phillies will lose to the Rockies two games to one or even worse.

3. The Phillies and Rockies will play some pretty bad baseball.

The Rockies are 25-40 this season, six wins less than the Phillies have. The Phils are coming back from a 3-6 Interleague Play road trip, another depressing road trip. The Phillies only won one series out of three during their road trip, taking two games out of three in Minnesota. Coming back from being swept in Toronto, the Phillies will look to get something working during a 10-game homestand. Please find something. Anything.

Cole Hamels (9-3, 3.34 ERA) will make his fourteenth start of the season tonight as he takes on the Rockies. Hamels is coming off of a six-run outing against the Twins, a game that he actually won a decision. On Wednesday, Hamels tossed six innings of baseball, allowing six earned runs on eight hits while striking out six and walking two. The Phillies were able to score enough runs beforehand, securing Hamels' 9th win of the season. Hamels has hit a skid of late. In his last four starts (26 2/3 innings), Hamels has allowed 18 earned runs. During his last three, Hamels also has a 1-2 record and a 6.75 ERA. In his career Hamels is 1-1 with a 5.09 ERA against the Rockies.

On the hill for the Rockies this evening will be Josh Outman (0-2, 8.44 ERA). Outman, who is making his fourth start of the year, had been used in the bullpen through the beginning of the year. Outman had been solid as a reliever, but since making his three starts (11 1/3 innings) he's 0-1 with a 7.94 ERA. In his last start, on Wednesday against the Athletics, Outman allowed five earned runs on six hits through five innings. In a position to win, the Rockies' bullpen was unable to keep it up for Outman as he took the no-decision in the Rockies 10-8 loss. In his career, Outman has one career start against the Phillies. He's 0-1 with a 4.50 ERA. 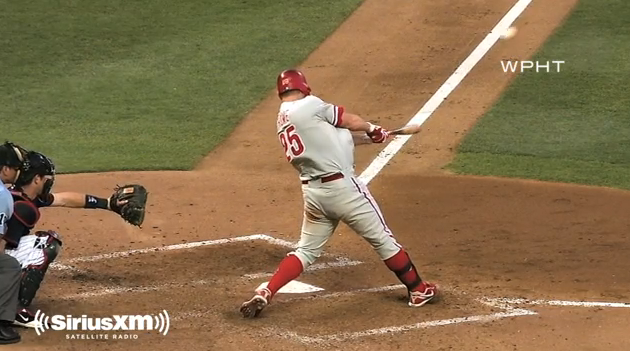 The question of the day is: What are the Phillies going to do with Jim Thome?

Thome tore it up on the road trip, batting  .333 (12-for-36), with four homers and 14 RBIs in ten games. It's almost proven that Thome was born to hit all the time. He has 608 career home runs, and he hit his 100th with the Phillies on Sunday. Thome became the fourth player in MLB history to hit at least 100 home runs with three different teams. It's been really nice seeing Thome do that. He's as classy as they come and seeing him going back to coming off the bench is going to be tough. Hopefully Thome can stay sharp off the bench.