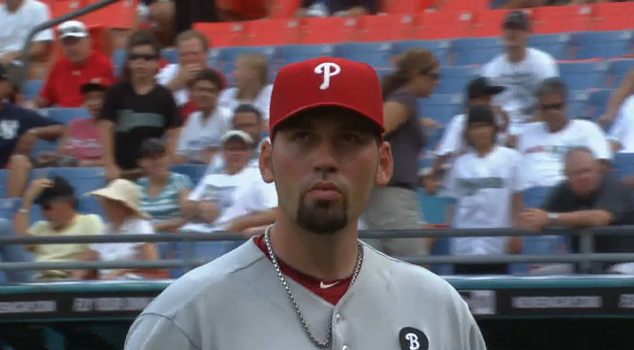 In other news, Michael Stutes will most likely undergo explortatory surgery on his right shoulder. Stutes has had problems with his shoulder all year and has no exact diagnosis. Also from the news feed, Laynce Nix has suffered a set back today. He strained his left calf.

Oh yeah, incase you haven't heard. Freddy Galvis has been suspended for 50 games for testing positive for a PED.