Down Two in the Bullpen, Phillies Turn to Cliff Lee for Some Innings in Toronto 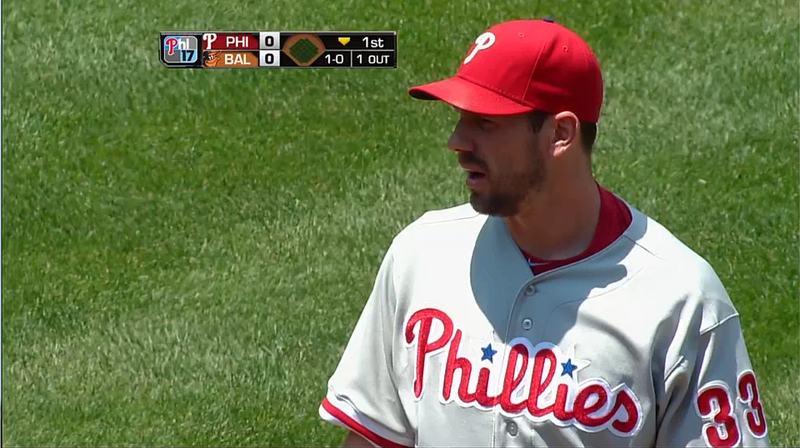 Fresh off some encouraging news that catcher Carlos Ruiz will be okay, the Phillies turn to Cliff Lee for game 2 in Toronto.  Not okay is Antonio Bastardo, who Madsoned a squat machine.  With B.J. Rosenberg optioned out for some catching depth and Bastardo out, the Phillies will need a strong, lengthy performance from Cliff Lee.

The Blue Jays also need a long outing from their ace Ricky Romero.   Last night in the Phillies' loss to the Blue Jays the Jays had to use six pitchers after starter Drew Hutchinson had to exit three batters into his start.  Further, the Blue Jays lost starters Kyle Drabek and Brandon Morrow to injuriers this week and have a very tired bullpen.

Romero is coming off a rocky, short outing where the Jays chose to pinch hit for him in the fifth inning after allowing four runs to the Braves in four innings.  Toronto went on to score 12 and win 12-4.  All in all this season Romero is 7-1 with an ERA that is creeping up higher and higher and now sits at 4.15.

Lee is coming off a less-than-stellar outing against the Baltimore Orioles where he gave up a four-run lead in just six innings of work.