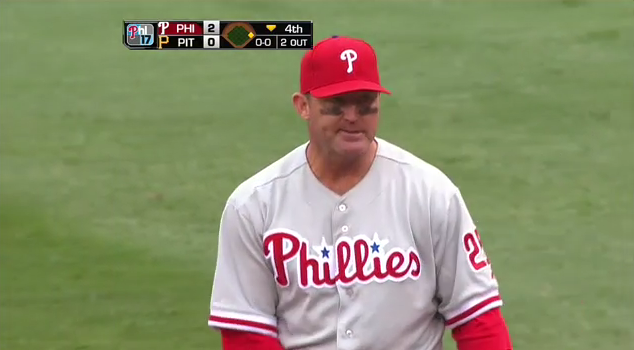 Jim Thome has been activated from the DL after spending over a month on it with a lower back strain. To make move for Thome on the roster, the Phillies have sent down infielder Pete Orr to Triple-A Lehigh Valley.

I don't nescessarily understand why you would get rid of Orr for Thome, but remember that Charlie and Thome are best friends and Charlie is known to be loyal to his players.

In other news, Ryan Howard and Chase Utley played together in an extended spring training game today. It was their first game together since Game 5 of the NLDS. Howard 2 for 4 with two singles and two walks while Utley went 2 for 5 with a double, a home run and a walk.