Jorge Soler Is Worth the $20-25 Million To The Phillies 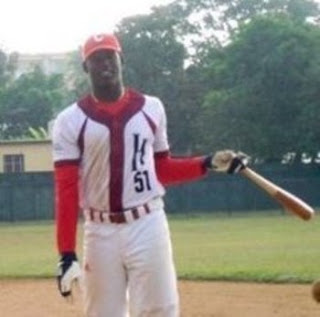 20-year old Cuban defector Jorge Soler has been declared a free agent. A top target for many big league teams, but especially the Cubs, Yankees, Marlins, Blue Jays, Astros, Indians, and Phillies, Soler is expected to fetch $20-25 million over five years from some major league team.

If I were the Phillies, I'd pay it.

Other than Domonic Brown, the Phillies have few "prospects" (I know there's debate on him) that are both loaded with tools, and advanced in the system. From all talk on Soler, he'd not be a long project to get ready. He would probably not begin below Clearwater, and could probably reach Reading and Lehigh Valley at the latest by earlier next season. Some think he would help the Phillies in 2012, but it's fair to set that date as 2013. He would instantly jump to the top of their prospect rankings, and would be in the advanced minors fast.

There's another part of this- forget his prospect billing, he could be on the Phillies, playing, and being cheaper than the outfield options they have. Even at a $4 million average annual value, he would still represent a much cheaper option than Pence or Victorino. If you want to sign Cole Hamels to a long term deal, this would help. Introducing a young talent between 20-22 years old when he arrives, while this team is still stocked with veteran winners, is how you avoid rebuilding, and reload instead. Soler gives a better chance at this than virtually any other available talent.

By no means are my calling him a slam dunk. No one you sign is, let alone a 20-year old kid. Sure, it's $20 million guaranteed dollars, and sure that could hurt if he's a bust. You can't get premium talent without risk and cash. The Phillies need young guys to introduce into this offense in the coming years. Soler's a great option to have.