Jose Contreras to DL, Phillies Undecided On Who They’ll Call Up 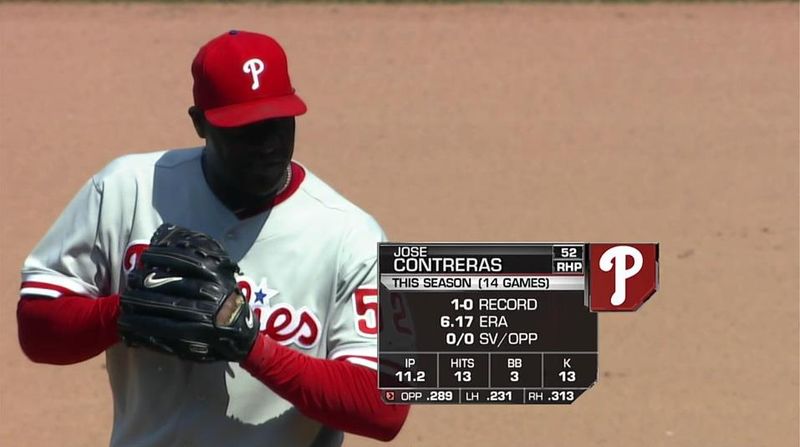 Jose Contreras is going to the DL and it is retroactive to his appearance in the 7th inning of tonight's game. He is scheduled for an MRI this weekend.

Conteras could not even record an out before falling to the ground in pain and agony after throwing a pitch. At first the Phillies reported that he had left the game with elbow soreness, but if you saw it on TV you could tell it was something much more painful.

Contreras has been plagued with elbow problems dating back to last season and he even missed the first six weeks of the season recovering from elbow surgery. In his last 11 appearances before tonight, Contreras was 1-0 with a 1.86 ERA.  In 9 2/3 innings, "Big Truck" allowed 7 hits, 3 runs, 2 earend, walked none and struck out 10.

If this is more serious than it is reported, things won't be looking good for Contreras or the Phillies.

As for who will fill the vacancy in the roster, it is unknown at this point. Could Dom Brown be brought up? Most likely not. The Phils will look to fill the void in the bullpen.

Here are the likely choices for the bullpen: