Like Old Times, Phillies Are Not in a Good Position 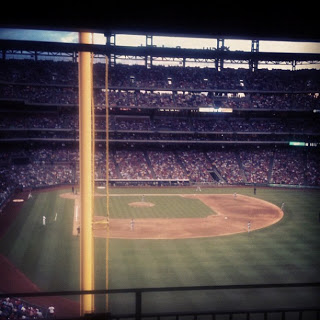 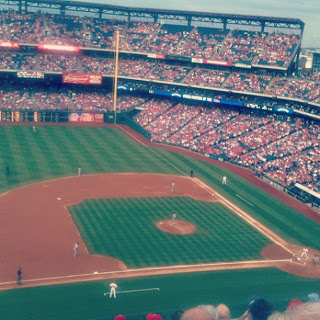 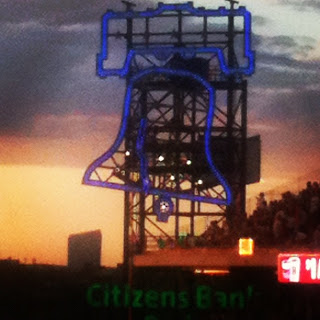 On the way into Citizens Bank Park tonight, I predicted the Pirates would beat the Phillies 10-4. I'm at that point with this team. They entered the game at 34-40, so why would you believe they would beat a team that's played reasonably well this year? Well, for one night, they played like the Phillies we remember from the last five years, at least for the most part.

In the night's 8-3 win that moved them percentage points out of last, Joe Blanton threw reasonably well in getting his seventh win (7-6, 4.87), the offense hit reasonably well, the bullpen pitched reasonably well, and they ran the bases aggressively, like they wanted to win. If the Phillies hadn't committed a couple of errors, I'd call it an ideal game. Even so, not too bad.

I do feel like the Phillies need two of the next three against the Buccos, as I said they needed a 6-4 home stand, at a minimum, to feel good. The Phillies have 87 games to go, and have 35 wins. I'm saying they need 52 wins, at a minimum, to have a shot at the playoffs. That's 52-35 the rest of the way. If they won 55 more games, I'd feel better.

As good as tonight was, as well as Chase Utley saying his knees feel better than they have in years (which I'm calling BS on, but ok), let's not forget where this team is right now. They're five games under .500, and have no starting pitcher for Wednesday's game. Things are not all peachy.

The IronPigs had been streaking up until a bad weekend in Columbus. At 43-33, they are one game back of Pawtucket for first in the Northern Division. Dom Brown is still not back from his knee issues, which is a shame, because the team really heated up with him.

Someone worth watching in this home stand- J.C. Ramirez. The righty, picked up for Cliff Lee from Seattle, has a 2.25 ERA out of the bullpen, and appears to be progressing. He's on the 40 man, and has a plus arm (95+ fastball).
************************
For my money, every good Phillies fan should read Phuture Phillies. I'm obviously partial towards Philliedelphia on the major league/variety content side, but Phuture Phillies does a great job covering the minors. From their coverage, I have three prospects to put on your radar, that maybe aren't up until now-

Just some names to watch there.
***********************
And finally, after tonight's win, Williamsport is 5-3 under Andy Tracy. Roman Quinn (2011 second rounder) is at .270 out of the leadoff spot, playing shortstop. Mitch Walding made the move to third base, and he's hitting .375. Larry Greene (2011 first pick) had a hit, walk, and run tonight, but has struggled out the gate at .192. Tyler Greene, another 2011 pick, is also struggling as he moves to second base with his offense, hitting .160. Patience is the key with all of these guys, which were drafted in 2011. Quinn, a favorite of mine, needs to work on his defensive game at short a bit though.
Topics
Uncategorized