On return, Phillies need to ease Chase Utley back 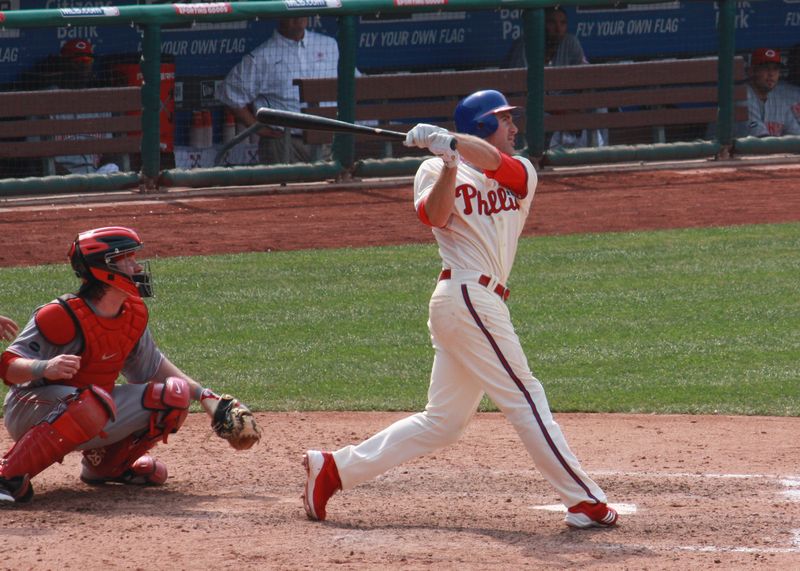 Chase Utley went 2-for-3 with a two-run home run and played eigth innings in the field in last night's rehab start with Clearwater. He can return to the Phillies no later than July 2. (Philliedelphia/Kevin Durso)

There was more than one situation last night when the Phillies could have used Chase Utley's bat at the plate. Utley, who is by far the closest injured Phillie to return, was playing elsewhere once again.

Utley has played six games in Clearwater, mainly as the DH, but made huge strides toward his return yesterday. He went 2-for-3 at the plate with a two-run home run and played eight innings in the field, his most on his rehab stint.

Utley's overall numbers in rehab aren't great, hitting just .216 with one home run and four RBIs, he is still making great progress. In the field, where his injured knee will be tested most, Utley has helped nab stealing baserunners, turn double plays and has made all of the routine plays as well.

Utley's return is around the corner. It's probably safe to say that Utley will make his return before the Phillies hit the road after next Thursday's series finale with the Pittsburgh Pirates. But when he returns, where does he fit?

In the field, there is no question. With Freddy Galvis shelved with an injury and suspension, the Phillies are juggling Michael Martinez and Mike Fontenot at second base. Utley will take over again as the regular second baseman with Martinez and Fontenot giving Utley regular breaks every couple of days.

In the lineup, however, there has to be some thought. Utley has been a fixture to the third spot in the lineup for years. He'll likely return there again at some point during the season. But he shouldn't immediately go back to hitting third just like old times.

With the exception of his debut, where he could hit second like he did in his season debut last season, Utley may be a better fit in the six spot to start his season.

The Phillies' current lineup has Jimmy Rollins hitting his familiar lead-off. Hunter Pence has settled into third, Carlos Ruiz cleanup and Shane Victorino fifth. They can all hold their places.

Utley could end up being a perfect fit for second in the order. But, in the early going, perhaps Placido Polanco would be better hitting second, Utley sixth and then the platoons at first base – Ty Wigginton, John Mayberry Jr. and Hector Luna – and left field – Juan Pierre and Mayberry – can round out the lineup.

The ideal lineup for the Phillies should probably look like this:

Here's the few flaws with that lineup. First, Juan Pierre has not hit lower than second this season. He is a good fixture at the top of the lineup for his ability to get on base. But the Phillies are also losing platoons with each injured player that returns. Pierre is still going to get plenty of playing time in left field, but he may lose some of it to a healthier lineup.

The Phillies won't stop having to juggle their lineup once Utley returns, but things will be much clearer than they were before.

The important thing is that Utley shouldn't be thrown into the most productive spots in the lineup. But also remember that Utley's power numbers have declined. That could be a good reason for him to hit second in front of Pence, Ruiz and Victorino, the three Phillies who have driven in the most runs to this point this season.

Utley has been getting better every game, and now that he's seeing some regular action in Clearwater, he could be back sooner than expected. But instead of trying to overhype it like last season, Utley needs to return with the least amount of pressure and hype.

He can't avoid the pressure situations of a ballgame. They find the player. But his place in the lineup can determine how many trips to the plate he will make in a game.

If Utley is managed properly, the Phillies might be able to get more out of him this season than they did last season. If they can get solid production from Utley without heavily relying on it, the Phillies will find themselves in a better position to make a run for the Postseason.