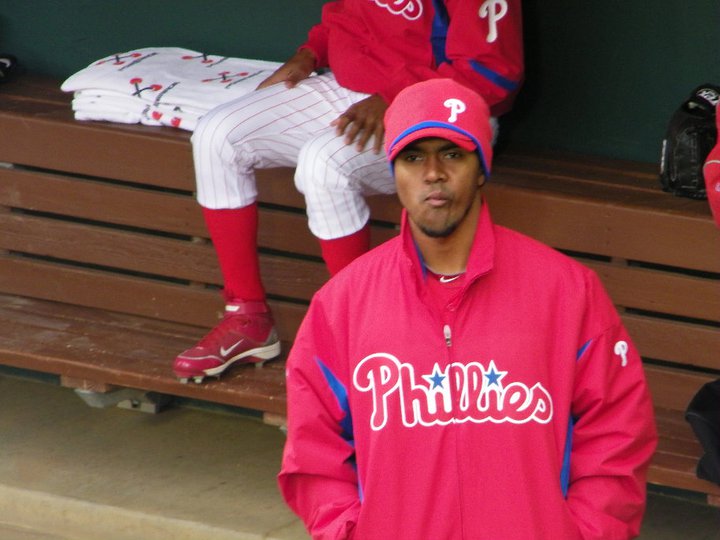 Antonio Bastardo joined the ranks of former Phillies reliever Ryan Madson and injured himself taking out frustration on inanimate objects.  Madson kicked a chair; for Antonio Bastardo it was a squat machine in the clubhouse.

Phillies beat writer Matt Gelb says the machine "returned the favor" and Bastardo ended up with several stitches above his eye.

He will miss a few games, since his sight is diminished.