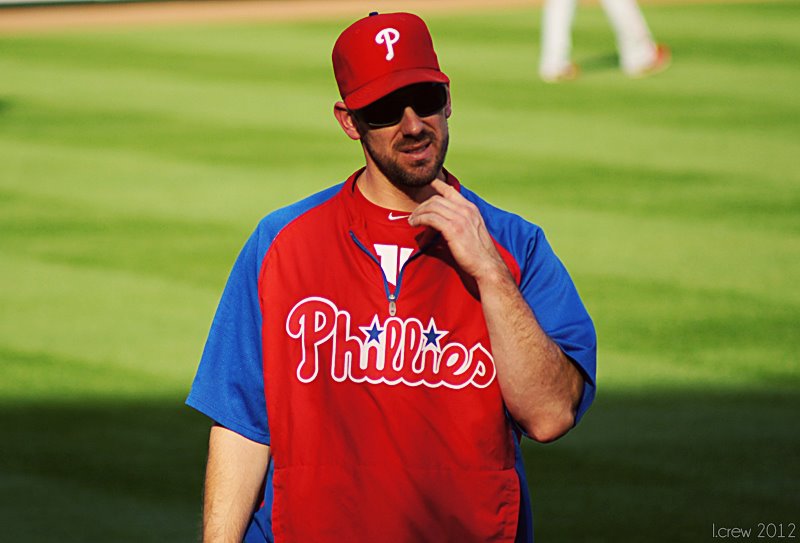 Game 1 the Phillies prevailed in spite of a rough pitching performance from Joe Blanton, who gave up 5 earned runs in 6 2/3 innings.   An explosion from the offense thanks to the bats of Jim Thome and Shane Victorino made the Phillies victorious.

Game 2 went to poor defense.  Jimmy Rollins, Vance Worley, and Mike Fontenot recorded errors, while Hunter Pence missed a throw to second base that would have made up for Fontenot's error and eliminated a baserunner that went on to score.  Vance Worley gave up just one earned run, but thanks to poor defensive play, he gave up three total.

Game 3 Cliff Lee hopes to find his first victory.  We've been writing all season about Cliff Lee looking for his first win, so there is nothing  else to add to that story.  We all know that Cliff Lee should provide a solid pitching performance, so the question is, will they hit behind him and play defense?

The Phillies had the benefit of facing the lower end of the Orioles' rotation in the first to games.  Today they must face the Orioles' first half surprise Jason Hammel, who is 6-2 with a 2.97 ERA in 11 starts.  Over the years the Phillies have found success against Hammel.   Over his career he is 1-2 with a 6.75 ERA against the Phillies.  This does not include the 2009 Division Series when the Phillies chased Hammel after 3 2/3 innings when he gave up four runs.

The Phillies hope to ride the hot bat of Thome some more.  Hector Luna gets the start at 1B after his home run yesterday.  Mike Fontenot and his glove get the day off as Michael Martinez makes his first start of the year.

Here is the lineup, DH and all (though I think Lee should just DH for himself):