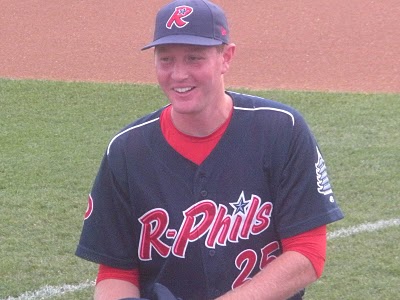 The Phillies shipped out left-handed pitcher Raul Valdes to AAA Lehigh Valley and outrighted Pete Orr off of the Phillies' 40-man roster.  The Phillies had four left-handed relievers in the bullpen and probably could have used another righty.

Rosenberg was a 2008 draft pick of the Phillies out of the University of Louisville, where he was the team's closer on days he was not starting.