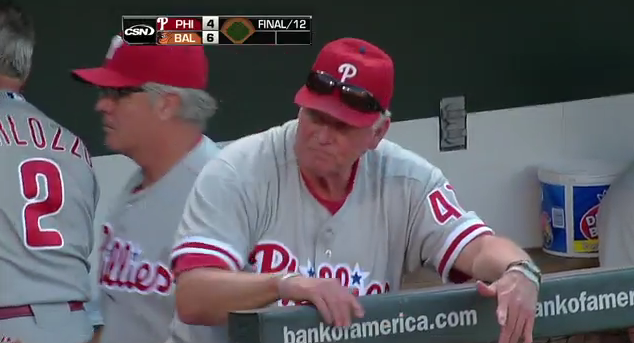 Really simple: -Thome hits a home run as DH and has two hits -Mike Fontenot's glove shows his .400 bat isn't worth it -Hunter Pence airmails a throw that would have saved a run -Teams go extra innings thanks to said run -Some rookie (B.J. Rosenberg) has to pitch with the game on the line in his major league debut. -Adam "Pac Man" Jones homers in the bottom of the 11th, Phils lose. PS – Chad Qualls pitched two scoreless innings. Wow.