Red Sox Intend To Trade Kevin Youkilis, Are the Phillies A Good Fit? 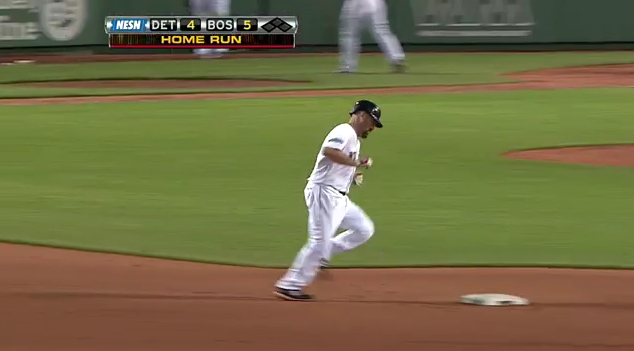 According to CBS Sports' Danny Kobler, the Boston Red Sox have announced to teams that they are intending to trade 3B Kevin Youkilis.

From MLBTrade Rumors:  Nick Cafardo of the Boston Globe suggested yesterday that the Giants, Diamondbacks and Dodgers are among the teams with interest in Youkilis. The Phillies and Indians were linked to the corner infielder earlier this spring.

A third baseman who can also play first with power abilities may be a hot value on the market this season. Could the Phillies use "Youk" at the hot corner?

Youkilis, 33, is a three time All-Star (2008, 2009, 2011) and a Gold Glove Award winner (2007) in his 9 seasons as a Red Sox. With the emergence of Wes Middlebrooks, the Red Sox are having trouble fitting Youkilis, Adrian Gonzalez, and David Ortiz into their lineup. Youkilis signed a four-year, $41.25 million contract with the Sox in January of 2009. The deal also included a team option (at $14 million, with a $1.25 million buyout) for 2013. The Red Sox may pay for his contract in full if he is traded anywhere, but all of that business will be figured out at that time.

The Phillies are looking to sign Cole Hamels to a long-term deal before the season ends and they're going to need money to do that. If the Red Sox eat up Youkilis' contract the Phils will save money, but will need to figure out a way to pay off Youkilis if they decide to give him an extension. Youkilis is making $12MM this season in Boston. Cole Hamels wants a long term deal, preferably seven years, but no matter what he will get over $120MM.

If this works out, and I'm not saying it will, this is what we should do:

To me that sounds good, but to you I don't know.

We'll see how things turn out with this.