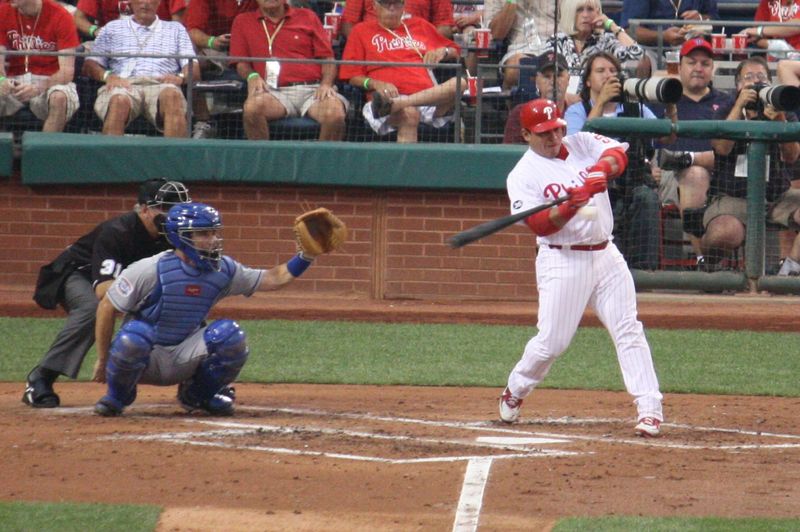 This is the last team the Phillies wanted to see. For a team that can't seem to get into a groove or win consistently at home, into town roll baseball's best team so far this season: the Los Angeles Dodgers.

The Dodgers are leading all of baseball with a 33-21 record, keeping them a healthy three games above the second-place Giants in the NL West.

The Phillies initially dodge a huge bullet in missing the bat of Matt Kemp. Kemp recently returned from injury just in time for this series but days ago was placed back on the DL. He is out for the series.

But the Dodgers have plenty of other help. Leading the way is a guy who's had his way with the Phillies, Andre Ethier. Ethier leads the Dodgers with 46 RBIs and is second only to Kemp with nine home runs and a .327 average.

The next highest run producer is the surprising A.J. Ellis, who has emerged as a key player to the Dodgers. He has five home runs and 23 RBIs and is hitting .314.

The Dodgers aren't much of a power team, 24th in baseball with just 40 home runs on the year and 12 of them from the injured Kemp, which may be a good thing for the Phillies' starters. But this team can score and hit. They are dead even with the Phillies in runs scored (exactly one run behind the Phillies with 230 and in 14th) and have baseball's fourth-best average at .272, just two points higher that the fifth-place Phillies.

But pitching may actually be where the Dodgers beat the Phillies. They have the third-best team ERA in baseball at 3.29. The Phillies are 12th with a 3.82 ERA. Their starters are even better, with a 3.16 ERA compared to the Phillies' 3.54 ERA. It may not seem like much, but it certainly is, especially when you consider the recent struggles of the Phillies' rotation.

Kershaw lost his last start to the Brewers allowing five runs in 5 2/3 innings. Kershaw has lost each of his last two starts. His last start was the second time this season he allowed five runs. In his career against the Phillies (six starts), Kershaw is 0-4 with a 5.18 ERA.

Billingsley lost his last start to the Brewers allowing four runs in six innings. After winning his first two starts of the season, Billingsley hasn't won since April 11. He has allowed at least two runs and failed to go more than six innings in each of his six May starts. In his career against the Phillies (six starts), Billingsley is 1-2 with a 3.31 ERA.

In the third game, Kyle Kendrick (2-4, 4.02 ERA) takes the mound against Chris Capuano (7-2, 2.50 ERA) – Kendrick continued his run of solid starts picking up the win against the Marlins on Friday allowing two runs over 5 1/3 innings. In his career against the Dodgers (seven games, six starts), Kendrick is 4-3 with an 8.01 ERA.

Capuano suffered just his second loss of the season to the Rockies in his last start, allowing seven runs (four earned) in 5 1/3 innings. He has picked up decisions in his last eight starts and is 2-2 since starting the season 5-0. In his career against the Phillies (six games, five starts), Capuano is 0-2 with a 2.87 ERA.

Harang allowed one run in six innings in getting the win against the Rockies in his last start. After struggling to open the season, Harang has rebounded to win three of his last five starts, posting a 3-1 record in that time. In his career against the Phillies (12 games, 11 starts) Harang is 3-2 with a 5.29 ERA.

Once again, a prediction rides on which Phillies team shows up. A good offense and solid starting pitching can win the Phillies this series. But that seems to be a lot to ask for the 2012 Phillies.

The opener instantly favors the Dodgers because of the pitching matchup. Kershaw may not have a good track record against the Phils, but with Worley making his first start in a month, the advantage goes to LA.

The games started by Lee and Hamels favor the Phillies. Both have excellent career numbers against the Dodgers, and with Lee starving for a win and Hamels looking to rebound from two of his shakier starts this season, especially with the underlying story of LA and free agency, expect both to deliver excellent.

Kendrick has been a solid starter for the Phillies but one of two things will happen. The offense will fall victim to Capuano, who has been excellent this season and is coming off his worst start, or Kendrick will get shelled as his track record against LA indicates. Either way, that one doesn't look good for the Phillies.

Still, a split here is very reasonable if the Phillies start to get their act together. Even winning the series is believable. But the Phillies make that a pipe dream at this point, so honestly anything more than a split should come as a surprise, and don't be shocked if there is Dodger domination in this series.