Ryan Howard Updates On Rehab, Could Return To Phillies Soon 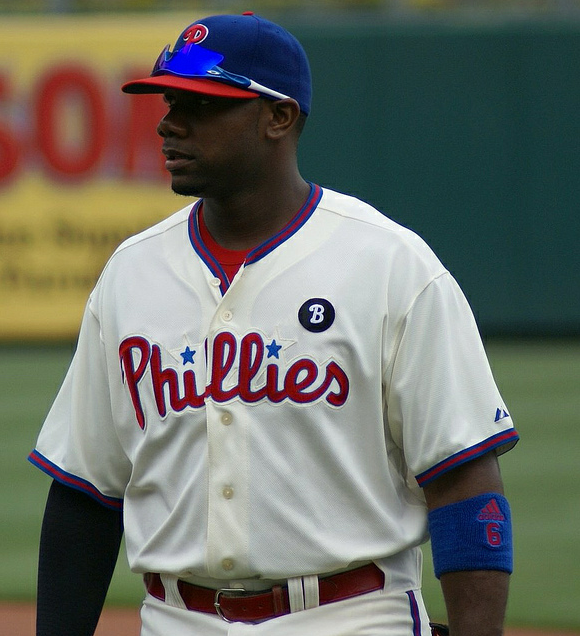 This will make your day a bit better.

Ryan Howard posted a new podcast entitled, "Breaking Down the Division" for his  on his website RyanHoward6.com this morning and it features the following: A quick rehab update, thoughts on Roy Halladay's injury, and getting the team healthy, an in-depth analysis of all the teams in the NL East and what the Phillies need to do to emerge atop the NL East.

You can listen to it here.

Ryan said that he is hitting in simulated games and is running, but not at full speed.

"Rehab is going very well," Howard said. "I've been hitting in simulated games, still doing all my baseball stuff. The leg is getting a lot stronger and it's coming along. I've been doing a little bit of running, some light jogging, trying to get back into that. I think the last thing to kind of come will be the running and be able to step it up and turn it into sprints. Things are looking on the up and up. I'm happy with where things are right now."

Me too, Rhyno. Sounds like you can be back on the field soon.

Howard also talked about the rest of the team's injuries.

"The light at the end of the tunnel is that we hope that all of us: Myself, Chase, Doc, Laynce Nix, everybody who is wounded, can come back healthy and have a try to great second half and try to jump us back up to the top of the division."

I hope you're right, dude.

Rhyno also talked about the division and said that he still believes the Phillies can come out on top of the division. Ruben Amaro Jr. stated the other day that he thinks Howard will be back in action by the All-Star break.