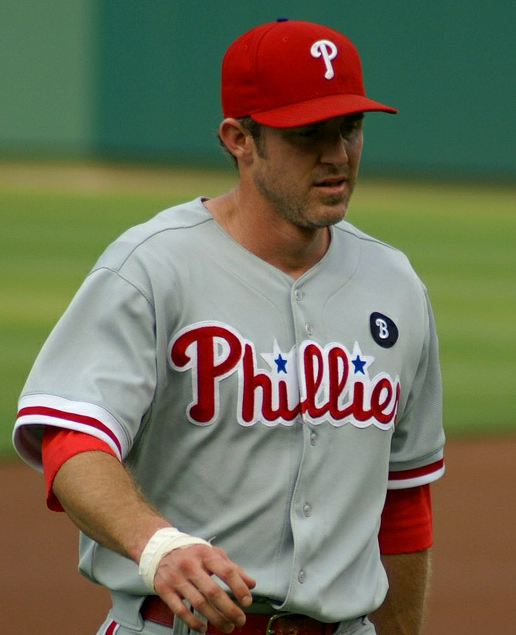 I would have never expected this to happen.

After going 0-5 with three strike outs, Phillies second baseman Chase Utley was received with a round of boos.

The crowd is thinning here at Bright House Field as the game heads to extra innings, but a few of the fans that remained booed Chase Utley after Tampa Yankees lefty Rigaberto Arrebato struck him out to end the bottom of the ninth inning.

Arrebato got Utley to swing through an offspeed pitch and the boos followed.

Seriously? You're going to boo Chase Utley, one of the most popular Phillies in history? I'd expect that from John Bowker or Jason Michaels, but Chase Utley? C'mon that's uncalled for. It's his first live game since October, cut the man some slack.

Utley has 19 more games to rehab before he can come back with the big league team. If my calcuations are correct, he could be back with the Phillies as soon as July 3rd. The Phillies would be opening up a three game sets with the Mets in New York. Let's hope for all the best and don't ever boo Chase Utley again.