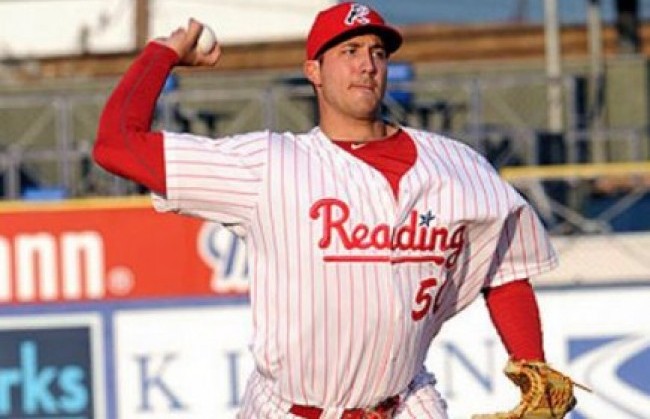 One of the highly touted Baby Aces is set to debut on Monday for the IronPigs against Syracuse.

Baseball America ranks him as the Phillies' fourth-best prospect behind Trevor May, Jesse Biddle and catcher Sebastian Valle. According to BA, Pettibone has the "best command in the system" and of the Phillies' deep pitching prospects he is "the best to reach his ceiling," which BA projects as a mid-rotation starter.

Pettibone sent the following tweet out after he picked up his ninth win in Reading's 6-1 victory over Altoona:

Meanwhile, another one of those baby aces, Brody Colvin is replacing Jonathan Pettibone spot with the Reading Phillies after being promoted from Clearwater Threshers. And earlier in the week, Jarred Cosart, a former baby ace in the Philadelphia Phillies system who was traded to Houston last year in the Pence deal has been promoted to Triple A.