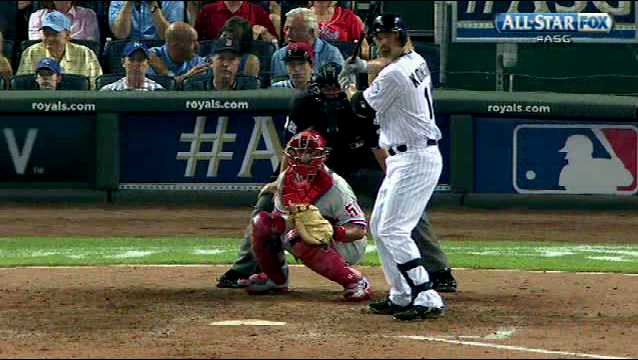 Carlos Ruiz was selected to be the one to handle the catching duties for knuckleballer R.A. Dickey during the 2012 All-Star game.  But to do so, Dickey brought along his own catchers' mitt for Ruiz to catch (pitctured above).

Knuckleballs are highly unpredicable.  So much so that Tony LaRussa did not think that Buster Posey of the Giants could handle it.  But Chooch could.

Check out Jeff Sullivan's post on S.B. Nation to see a comparison of the two gloves.

Chooch went back to his normal glove once Cole Hamels entered the game: 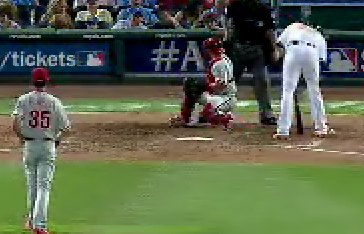