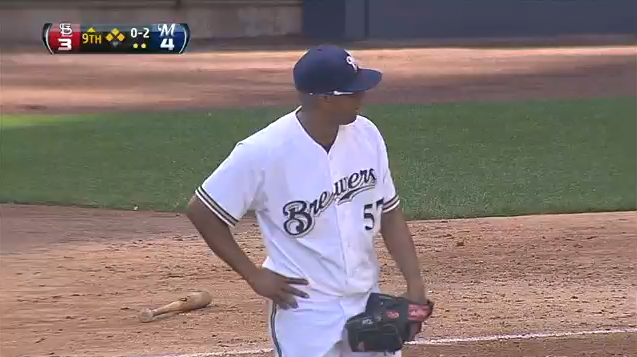 I suppose it's always refreshing for a player to say he did not perform up to standards and apologize.  Well, Monday night, Brewers closer Francisco Rodriguez apologized to Brewers fans for blowing Monday's game to the Phillies in the 9th inning.  His grammar was, um, suspect: 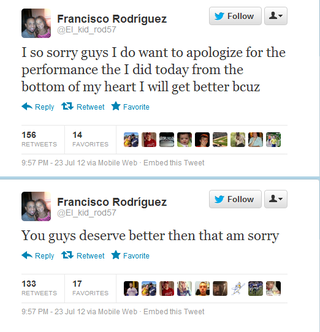 The Phillies won.  However, I still think it's cool that a player will come out and admit he did not do as the fans wanted.  Good for him.

Rodriguez recently replaced the struggling John Axford as closer of the Milwaukee Brewers.  Axford pitched a scoreless 7th inning for the Brewers in the Phillies' win.