Joe Blanton Could Stay In Philly 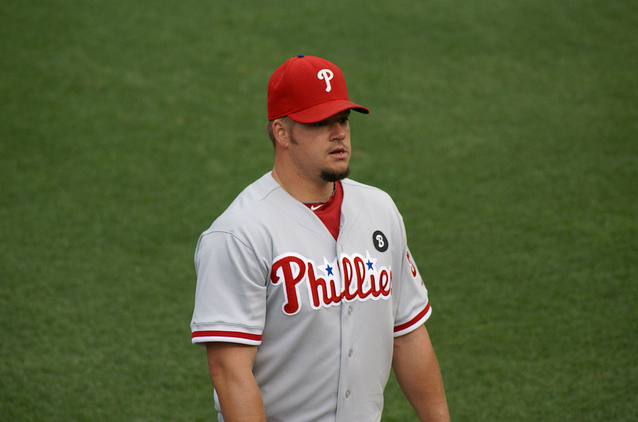 According to reports, the Baltimore Orioles and Phillies have been at a stalemate all night regarding Joe Blanton and it seems to be over Blanton's salary.

With the Phillies set to deal the 31-year-old righty starter, the Phillies want to shed the remaining $3MM they owe out of the $8.5MM Blanton's set to make this season.

And, according to an industry source, the Orioles appear hesitant to absorb that figure for a pitcher who is considered a mid-to-late-rotation innings eater. The Phillies, who surprisingly are last in the National League East despite a $170 million-plus payroll, are looking for salary relief, especially after inking lefty Cole Hamels to a $144 million contract extension Wednesday.

Blanton is 8-9 with a 4.59 ERA in 21 games (20 starts) for the Phillies this year. Blanton has pitched well recently, tossing five quality starts in his last six while posting a 3.82 ERA in July after two ugly months in June and May.

The Orioles seem to be scouting Blanton due to his seniority in the majors. In nine seasons, Blanton is 81-71 with a 4.35 ERA in his career with the Phillies and Oakland Athletics.

According to MLB's Brittany Ghiroli, the Orioles beat writer, the Orioles are starting to turn their heads to other starters. 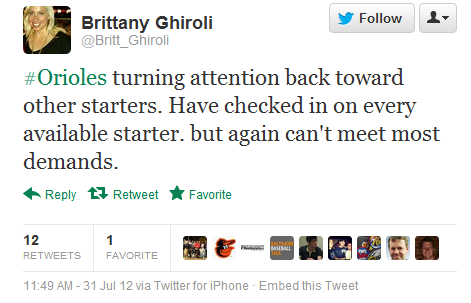 There's four hours left until the deadline. It's going to be intense.