Looks Like Shane Victorino Will Be Traded To Dodgers For Relief 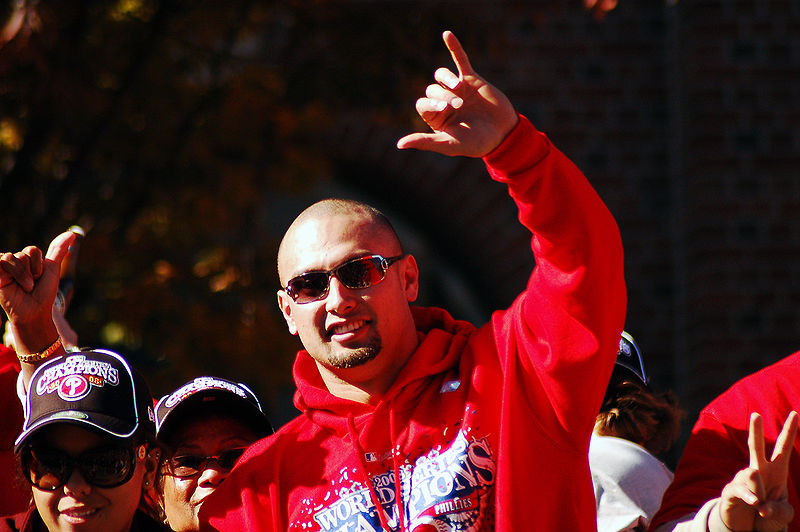 According to numerous reports, it looks like Phillies outfielder Shane Victorino has been traded to the Los Angeles Dodgers. In return, the Dodgers will send over RHP Josh Lindblom and another player.

In 2005, Victorino made his debut with the Phillies. Over the years, Victorino played a key role in the Phillies' repeated NL East division titles as well as their 2008 World Series run and return to the Fall Classic the following year.

It's going to be tough seeing a fan favorite leave this city, but it's the last year in his contract and it's almost certain the Phillies would not be able to re-sign him in the off season with the price he's looking for and honestly – he has not had a great contract year. Victorino is batting .261 with 9 home runs, 17 doubles, five triples and 40 RBI in 101 games with the Phillies this season.

We leave you with this great memory.