Eagles Flyers Phillies Sixers About Us Write For Us
Even After a Shane Victorino Trade, the Phillies Could Still Trade Hunter Pence to the Giants
Joe Blanton Could Stay In Philly 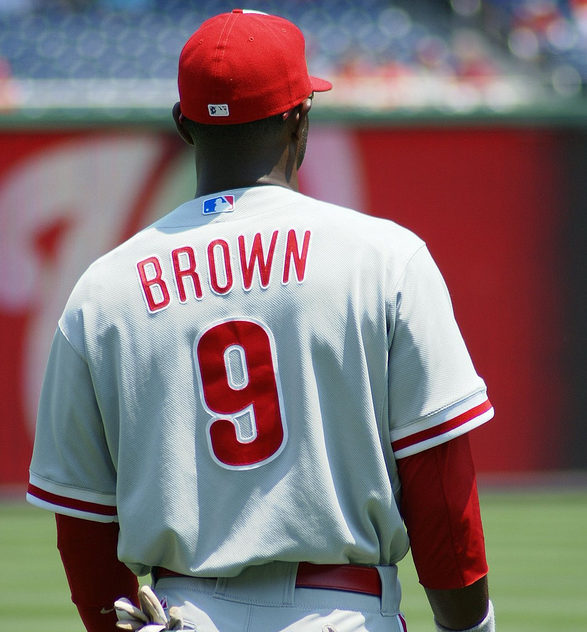 With Shane Victorino being traded to the Los Angeles Dodgers becoming more and more imminent as each minute passes by, the Phillies have reportedly called up Domonic Brown from Triple-A Lehigh. Brown has been scratched from the lineup in this afternoon's IronPigs game and is headed to Washington D.C.

Brown has not played a game with the big league club this season, being with Triple-A Lehigh since the end of Spring Training. In 60 games with the IronPigs, Brown hit .281 with 5 HR, 28 RBI and 13 doubles. Brown has dealt with numerous injuries this season, first his hamstring and twice with his knee.

This is the beginning of the Dom Brown Era.

I didn't understand the concluding part of your article, could you please explain it more?