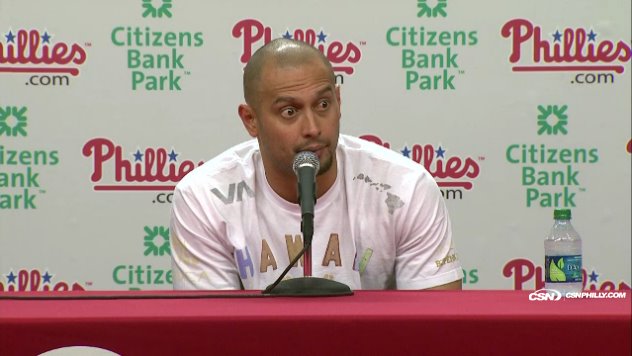 The Reds continue to search for a leadoff hitter as the hours tick down to Tuesday's 4 p.m. (ET) non-waiver trade deadline, sources say. Shane Victorino of the Phillies has been their top target, but the price has thus far been out of the range that the Reds are willing to pay.

Apparently the Phillies have put a "high price" on Victorino. The 31 year-old is batting .261 with 9 home runs, 17 triples and 40 RBI in 101 games with the Phillies this season.

It seems that the Reds are looking to enhance their offense and had been rumored to be looking at Juan Pierre, although those rumors seem to have been exaggerated.