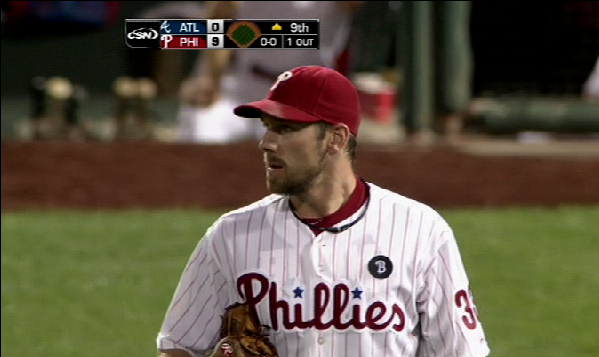 The Phillies placed lefthanded starter Cliff Lee on waivers today, reports Jeff Passan of Yahoo Sports.  Lee is expected to clear on Friday, at which point he will be eligible to be traded.  However, this could mean a few things.

First, the Phillies do indeed plan to attempt to trade him.   Yesterday on 97.5 the Fanatic, Ruben Amaro said he has no desire to move Cliff Lee.  Again, in the reality of baseball no one is untouchable and a desperate team could change his mind with a ridiculous offer, but I would not say that it is in the Phillies plans to trade Lee.

Second, the Phillies are placing a large number of players on waivers hoping someone slips through.  One someone clears waviers, they are eligible to trade.  Putting Lee on the wavier while could distract a team from noticing say, Juan Pierre, whom they would like to get something in return for.   If Pierre is claimed they have the choice of either giving him to the claiming team, allowing the claiming team to compensate them for allowing them to be awarded the claim, and pulling Pierre right back.

Joe Blanton is another one that they probably hope waivers can reconcile.  A claming team is responsible for the player's contract, so they may welcome a team claiming him.

After shocking many readers with the idea that Lee could indeed go, Passan follows with:

For those with alarm bells ringing: Hit snooze. Lee on waivers was a formality. If team claims/Phils get cold feet, they can pull him back.

Expect to see many headlines about Cliff Lee being traded.   I highly doubt a trade is in the works, but it sure makes a good story, so people will be publishing them over the next few weeks.