Pre-Game: Worley hopes to keep the Phils Fighting against Gallardo and the Brewers. 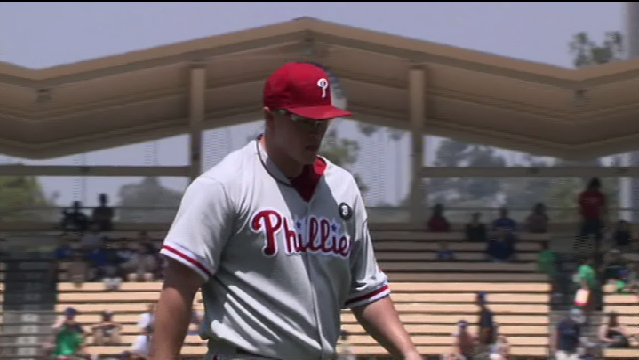 This season in general has been a heartbreaking one for the Phils, and yesterday was a perfect example of just how painful it has been.  Lee pitched well, but gave up two solo homers to Phillie-killers Ryan Braun and Aramis Ramirez. Just when we thought the Phils were down on their luck, Kevin Frandsen pushed his team ahead with a base clearing double in the fifth. Lee and his team had it all set up for a win, until Corey Hart hit a grand slam off of Josh Lindblow, essentially losing the game for the Fightin’ Phils.

Tonight Vance Worley  (6-7, 3.97 ERA) will take on starter Yovani Gallardo (11-8, 3.78 ERA) and try to even out this four-game series against the Brewers.  Gallardo is a force to be reckoned with,  looking to win his fourth straight start. He has given up just five combined runs in his last three starts since the end of June, lasting seven innings minimum each game.

Worely takes the mound hoping to rebound from more recent struggles, lasting only five innings in his last start against St. Louis. Tonight’s game would be the perfect chance for him to shine after last night's disappointing loss.

View All Posts By Nicole Giordano

View All Posts By Nicole Giordano