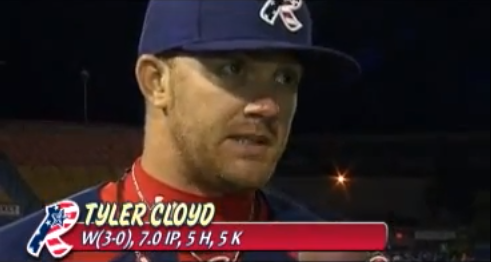 I thought it was a foregone conclusion that when Joe Blanton was traded to the Dodgers on Friday that Cloyd would get a chance.  He will not.

When Kyle Kendrick started with a few hours notice on Friday after the Blanton trade, I thought it would be one start and then Cloyd, who had just thrown, would take the spot.  Today, the Phillies officially announced that Kendrick will start.   The start will give Kendrick a $100,000 bonus.

When so much  of the remainder of this 2012 season is dedicated to finding out what the players they have can do, I am surprised the Phillies will not make Cloyd one such experiment.  Of course, the Phillies recent history has shown that success in the minors  does not always translate into success in the big leagues.

Why find out in 2013 when the season means something and every loss matters?  I think that Cloyd has shown he can get AAA hitters out.  Bring him up.