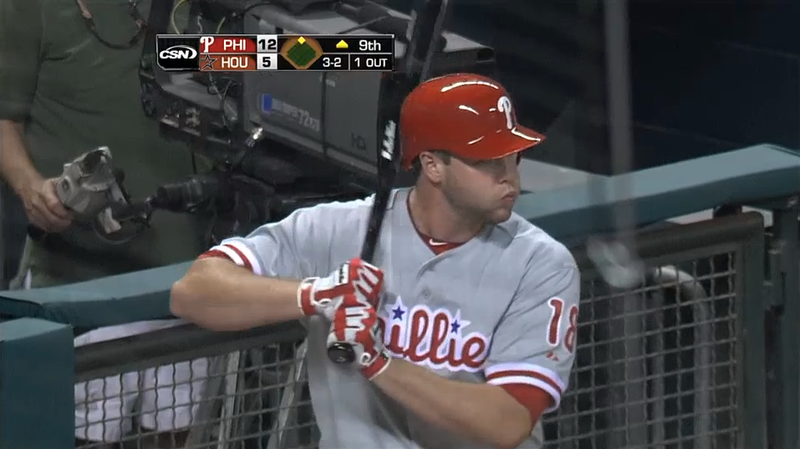 After joining the big club on September 10th, Darin Ruf has spent most of his time riding the bench.  Nicknamed "Babe Ruf" in Reading after setting the Reading Phillies single-season home run record while winning the Eastern League MVP and Rookie of the Year, Ruf has yet to see a start in the major leagues.  That changes tonight.

Could this be a sign that the Phillies are realizing they do not have a chance to win the second Wild Card?  Possibly.  Hopefully we will get to see what Ruf can bring the team over the next nine games to see if he has a future in Philadelphia.

Greg will have the full lineup and game preview shortly.