So, you've promoted your minor league pitcher to the big club.  Congratulations!  Welcome to the big leagues, Tyler Cloyd.

Shoot, we have nothing to use as a picture for the website?  Hmm…we have a picture of him from Reading…

But never could they feature him with a minor league cap!  Oh, and it has to be a studio picture… no way could they snap a picture of actual Cloyd anytime between his August 29th and September 18th, right?

Better get out the crayons.   Er, Photoshop.  The end result was this hideous photoshop edit: 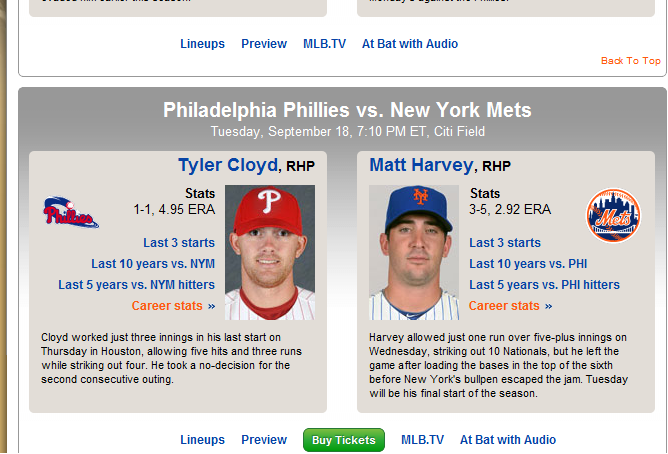 My best calculation is that that Phillies "P" that goes from the brim to the button (which is the wrong color, by the way – on red Phillies caps it is blue), would have to be about 4 1/2 inches on a hat Cloyd would be wearing.  A standard "P" on a Phillies hat is about two inches.

This reminds me of back in the day when TheFightins.com posted this Cliff Lee photoshop into a Mariners uniform where they left the "HK" patch from his 2009 Phillies uniform: 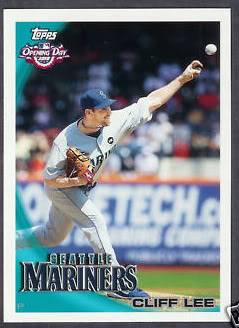 I then went through my 2010 Topps Opening Day cards since I purchased a box in search of the ace that the Phillies acquired and found this card, which I sent to Meech: 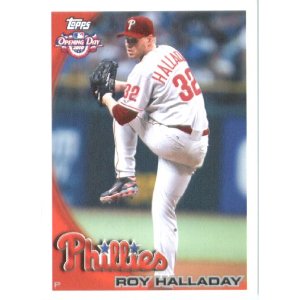 This one Topps used the old Phillies burgundy, Steve Carlton's retired #32, and oversized letters with no white trim.

At least these two are worse.