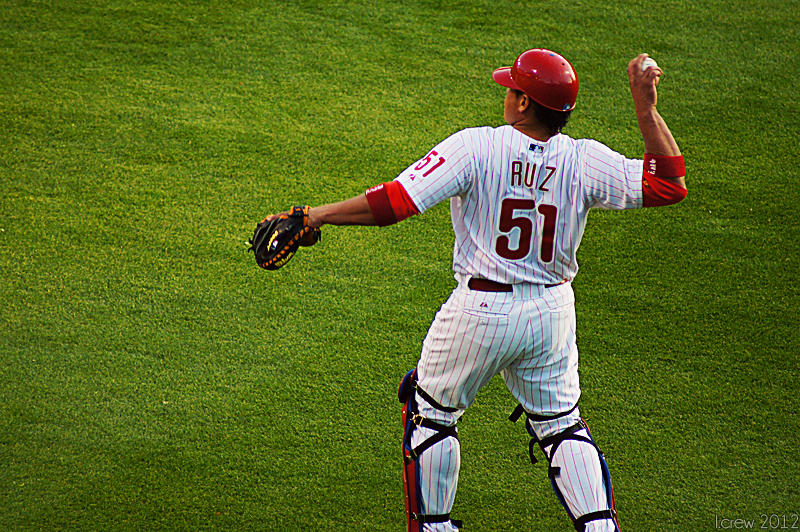 The Phillies made another offseason move this morning. The club decided to pick up catcher Carlos Ruiz's club option worth $5 million. As MLB's Todd Zolecki worded it, there is "no surprise here".

The 33 year-old catcher, who will turn 34 before the 2013 campaign starts, is coming off of a career-year in 2012. Despite missing significant time on the DL with a torn muscle in his foot, Chooch batted .325 while hitting 16 home runs and driving in 68 RBI in 114 games. A rapidly-growing fan favorite, Chooch will remain in a Phillies uni through the 2013 season.

The 2013 season will be a contract year for Ruiz, who will become a free-agent next winter. Although it's hard to see Chooch in another uniform, it could happen if he and the Phillies are on different grounds. Don't forget that if the Phillies are in a situation like they were this season, they may clear house on their roster again. With a free-agent catcher who is coming off of a breakout year, it's going to be a tough call on what to do with Ruiz.

Let's not look that far ahead, yet. Spring training is less than four months away.