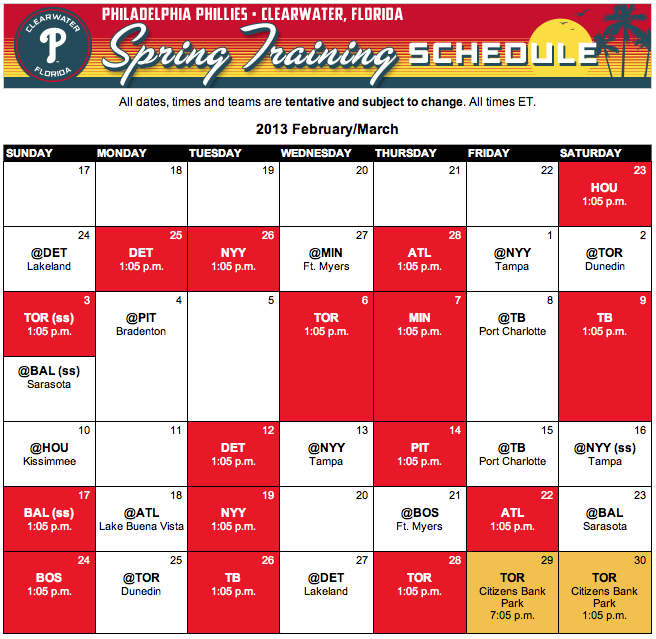 If you're tired of the offseason already, you have just four months to wait for the Phillies to get back in action.

This afternoon the Phillies released their 2013 Spring Training schedule. Pitchers and catchers will report to Clearwater on February 12th, while the first full-squad workout will take place on February 15th. The Phillies will open their spring on February 23rd against the Houston Astros, who will then be part of the American League.

Here is the full schedule.

This schedule is bad. If you look at it, there are no back-to-back home games for the Phillies. If you're going to fly down to Clearwater this spring, please plan accordingly.