Reliever David Herndon is the Next Phillies Pitcher Out the Door 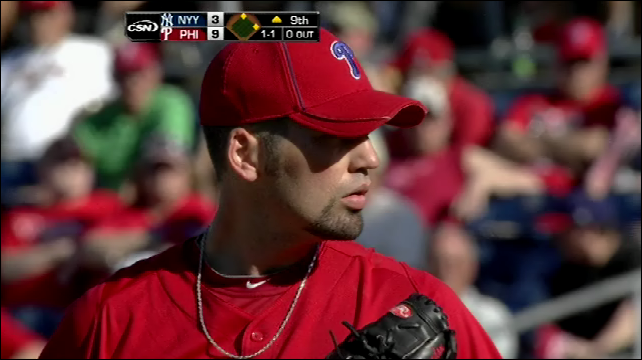 By being claimed, it is apparent the Phillies were hoping they could outright Herndon off of the 40-man roster and slip him through to AAA.  After a suspect 2010 after being acquired in the Rule 5 draft, Herndon rebounded nicely in 2011 and had a very respectable second half.  In 2012, Herndon missed almost the whole season, just appearing in five games.  The injury did not cause the Blue Jays to refrain from claiming Herndon.

As a right-handed reliever, Herndon has fallen on the depth chart behind the likes of Justin DeFratus, Phillippe Aumont, Michael Stutes, and even Michael Schwimer causing the Phillies to risk exposing him to waivers.

UPDATE: To make room for David Herndon on the Blue Jays' 40-man roster, they have designated for assignment – yes,  you guessed it – Tyson Brummett.