This One Feels Right: Giants Outfielder Hunter Pence Celebrates Being a World Champion 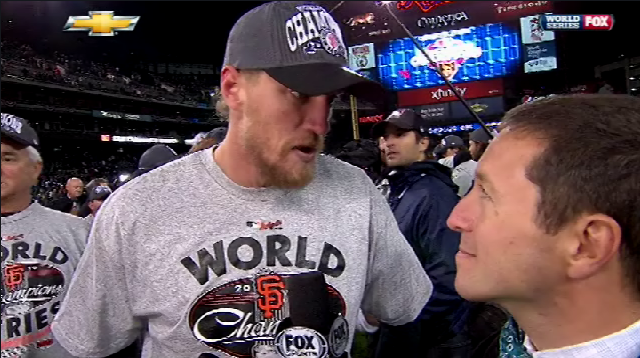 I hate writing about this, but it's Hunter Pence and he deserves to be recognized for this achievement - even if he didn't contribute that much until the actual World Series.

The Giants held their World Series Championship parade today in downtown San Francisco. Millions turned out to see the second parade in three years and Hunter Pence captured some of the confetti downpour on video. He posted the clip on his Whosay account.

Pence, who is obviously in loss of his voice from celebrating, can only move his mouth to express his joy. In the video you can see him mouth, "What? What?". He then flips his hat on backwards and says "Are you kidding me right now?". The rest - undecipherable.

Pence also tweeted not too long ago that today is one of the best days in his life. 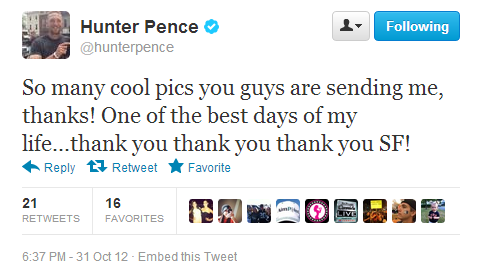