Eagles Flyers Phillies Sixers About Us Write For Us
Angels Reliever Jordan Walden Could Be a Phillies Fit Should Lopez Deal Fall Through
One Fewer Option: Minnesota Twins Trade Denard Span to Washington Nationals

Phillies Trade With Astros for Wilton Lopez is Reportedly Dead 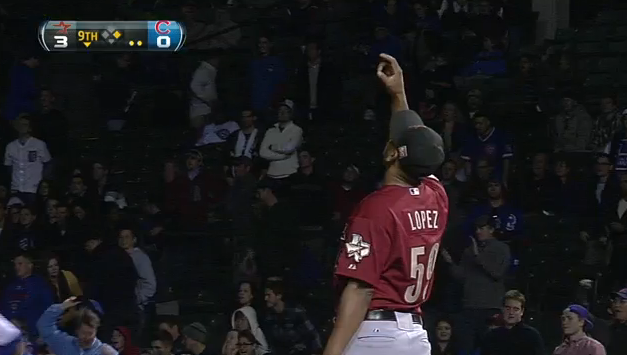 I'm glad they tried.  According to Todd Zolecki of MLB.com, the trade that would have sent Astros reliever Wilton Lopez to the Phillies is pretty much dead.  Apparently the Phillies were not comfortable for the results of Lopez's physical:

A deal had been agreed upon, pending Lopez passing his physical, but it appears both teams are going their separate ways.

The Phillies would never publicly state that a player had failed a physical, but reading in between the lines in my bloggerly way, my opinion is that Lopez has.  If all had gone well, why wouldn't the Phillies have kept their deal?

While Zolecki points out that Lopez "would have been a nice addition to the pen", I would say that would only be the case if he was healthy.  With potential shoulder problems, there would be too must risk in sending good value for Lopez.

This is not the first time that the Phillies backed out on a deal because of health concerns.    In December 2010 the Phillies had agreed to terms with reliever Dennys Reyes and then nine days later backed out of the deal.   Phillies Assistant General Manager Scott Proefrock declined to explain why.   Reyes ended up pitching just 1 2/3 innings in 2011 for the Boston Red Sox and has not pitched in the major leagues since.