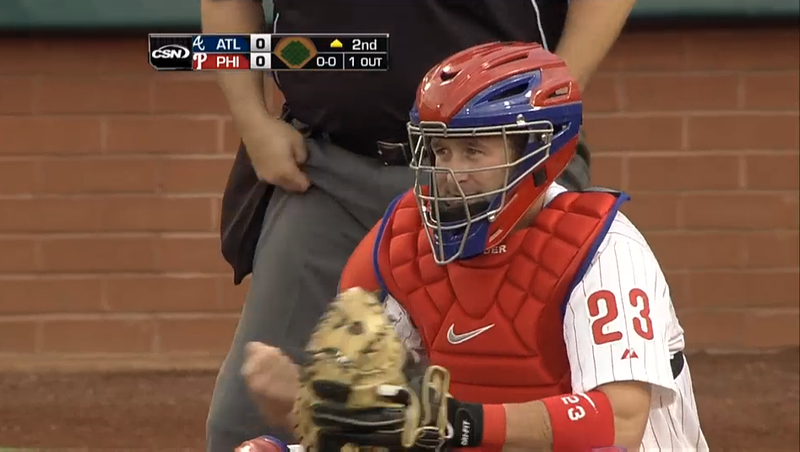 Brian Schneider grew up in Allentown, Pennsylvania.  He was a Phillies fan.  So, when Schneider hit free agency in 2009, he turned down chances to start for other teams to sign with his hometown Phillies and back up starting catcher Carlos Ruiz.  Now, he will retire as a member of the Phillies.  According to Mandy Housenick of the Allentown Morning Call, Schneider is retiring "effective immediately."

In Schnieder's 13 year career, he played for the Montreal Expos/Washington Nationals francise, the New York Mets, and the Phillies.    Of the final Montreal Expos team, only Schneider, Jon Rauch, Luis Ayala, Endy Chavez, and Juan Rivera were active in the major leagues in 2012.  With the Mets, Schneider witnessed the Phillies take over the Mets in 2008 and the Phillies win the National League pennant before he reached free agency and signed with the Phillies.

Frequently battling injury, Schneider played in just 122 games for the Phillies over three seasons.  He batted .240, .176, and .225 in 2010, 2011, and 2012, respectively.  Schneider was generally viewed as a decent defensive catcher throughout his career.

I would not be surprised if we did not see Brian Schnider coaching in the near future, perhaps even in the Phillies organization.

You are an idiot. Brian grew up in Northampton, PA, not the cesspool of Allentown.