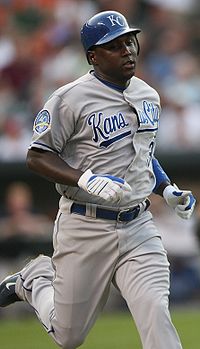 According to MLB.com's Todd Zolecki, the Phillies and infielder Yuniesky Betancourt have agreed to a one-year contract:

INF Yuniesky Betancourt has agreed to a minor league contract with the Phillies; includes an invitation to major league spring training.

Betancourt was frequently mentioned as a fallback option for the Phillies last offseason if the team failed to agree to a contract with Jimmy Rollins.    Betancourt agreed to terms last season with the Kansas City Royals and hit just .228 in 57 games.

Betancourt is likely scheduled to head to AAA Lehigh Valley to serve as extra insurance for an injury in the Phillies' infield, should recent seasons repeat themselves in 2013.  Beyond Kevin Frandsen and possibly Freddy Galvis, Pete Orr, and Betancourt will provide depth in the minor leagues.