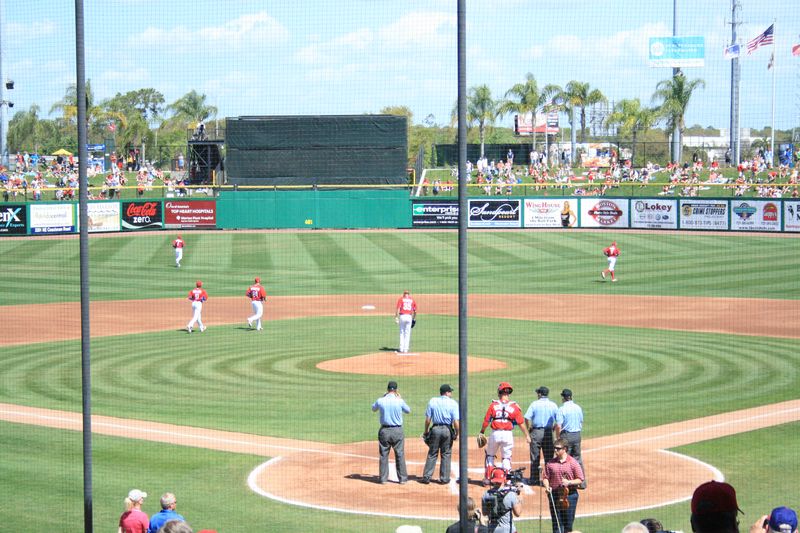 It must be getting close... just thirteen days remain until pitchers and catchers report to Clearwater to begin Spring Training 2013.   ESPN has released their Spring Training broadcast schedule, and the Phillies are in three of their eight games.  Some nice exposure.

Here is the schedule, via ESPN's press release: 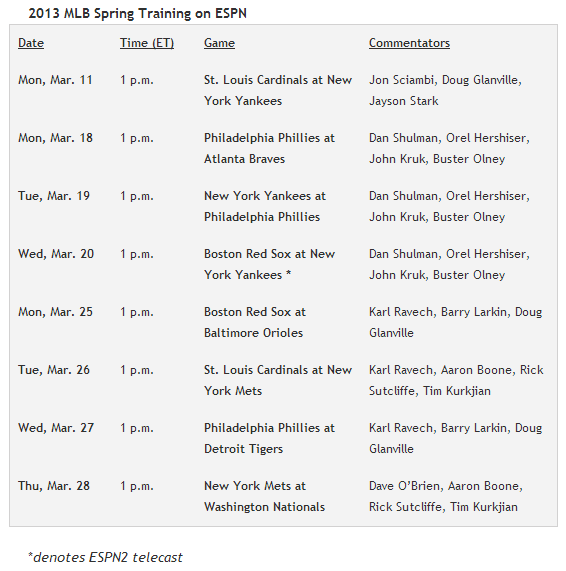 Former Phillies 1B John Kruk will broadcast the first two games on March 18 and March 19, and former Phillies CF Doug Glanville will be in the booth for the Phillies' third appearance on March 27.